Calgary – Music fans once again packed Flames Central for the Coca-Cola Covert Concert and the release of the much anticipated Coca-Cola Stage lineup for the Centennial Stampede July 6-15. 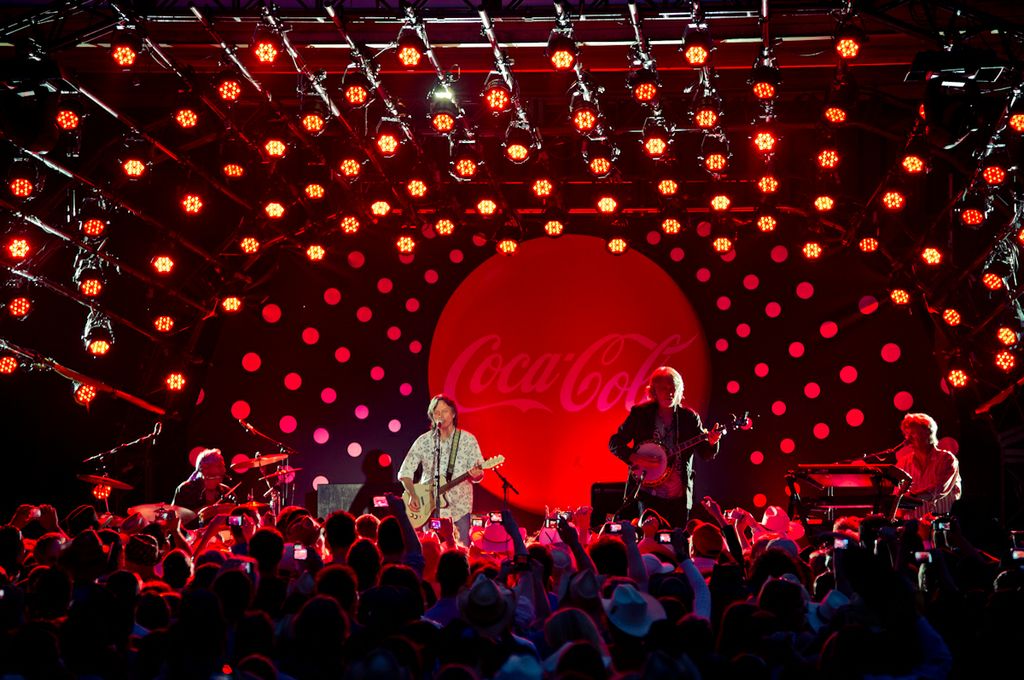 “The Calgary Stampede is truly proud of the Centennial Lineup for the Coca-Cola Stage,” says Lindsay Ell, programming production manager, Stampede Programming. “This all-star lineup is talented and diverse. People will really enjoy every single show.”

The New Cities and The Sheepdogs, two of this year’s Coca-Cola Stage acts, performed at Flames Central for hundreds of fans. Between performances, the entire 2012 Stage lineup was unveiled to music fans.

Please refer to the backgrounder for more information about the bands playing the Coca-Cola Stage in 2012.

Concerts on the Coca-Cola Stage, Nashville North Stage and Bell Centennial Plaza are free with admission to Stampede Park.