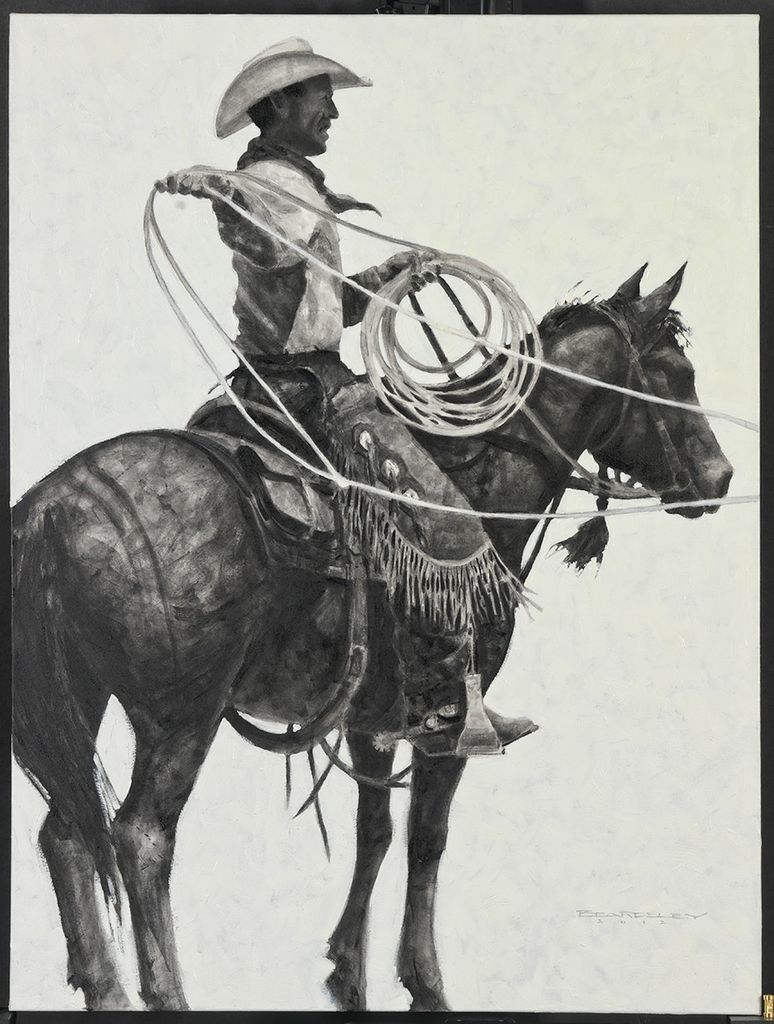 Duke Beardsley, the artist commissioned to create the original poster artwork, understands the importance of the working cowboy. A fifth generation Coloradan who grew up on a cattle ranch, his western roots run deep.

“I took one look at Duke’s work and made up my mind,” says Bob Thompson, incoming chairman of the board, Calgary Stampede. “Duke is someone who truly understands the western lifestyle.”

Beardsley’s original artwork, which was unveiled this evening during Showcase Stir’Up!, depicts a cowboy on horseback as he prepares his lasso.

“I was honoured to be selected as the artist for the 2013 poster,” says Beardsley who was on hand for the poster unveiling. “I’ve had a deep respect for cowboys ever since I was a child and have dedicated my career to depicting western lifestyle and culture.”

The promotion of western art has always been a component of the Calgary Stampede. The Stampede has hosted regular art exhibitions since the 1930s.