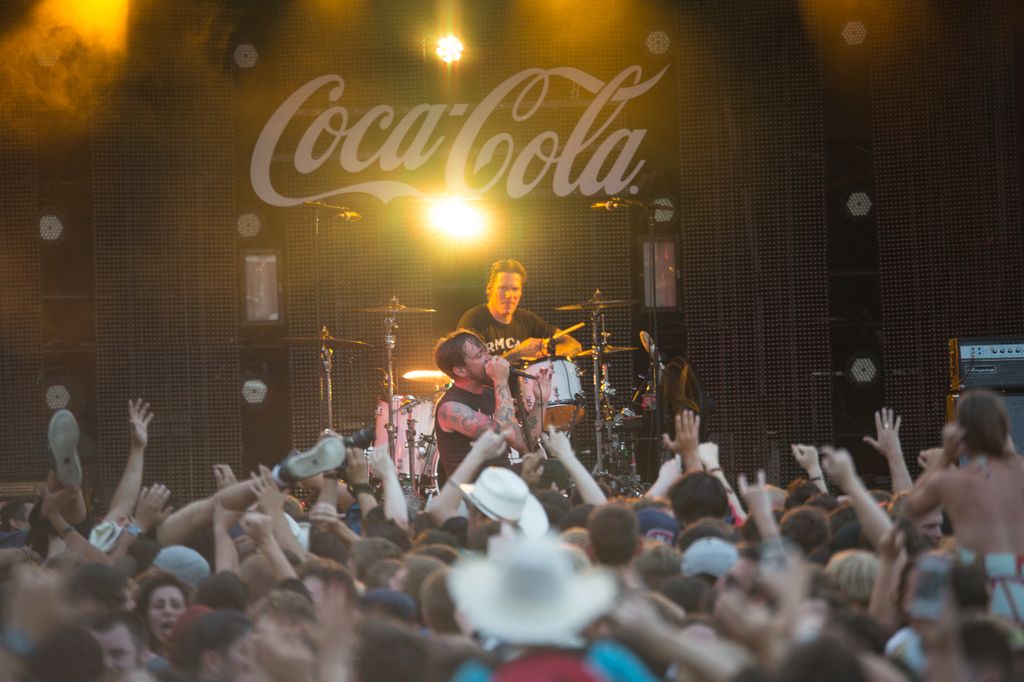 Calgary - The wait is over for the anticipated announcement of who will be headlining the Coca-Cola Stage at this year’s Calgary Stampede. Hundreds of excited music fans packed Flames Central on Thursday night for the reveal and a sneak peak at two of the headliners. The sixth annual Coca-Cola Covert Concert featured exclusive performances by July Talk and Brett Kissel.

"The Coca-Cola Stage delivers an unprecedented music experience for Stampede goers and we believe this year’s lineup is no exception,” says Lindsay Weryshko, production manager. “We are extremely pleased to have the opportunity to showcase the hottest artists across all genres on one stage.”

Some of the chart-topping, award-winning bands joining the stage this year are: Magic!, winner of the 2015 Juno Award for Single of the Year with Rude; Vance Joy, who has most recently been seen opening for Taylor Swift on her 1989 World Tour and whose song Riptide has reached number 30 on the Billboard Hot 100; and 2015 Juno Group of the Year, Arkells.

The Coca-Cola Stage has become a true destination for music lovers from Calgary and beyond. With an incredible lineup of diverse genres and a distinct focus on supporting Canadian talent, the Coca-Cola Stage is an integral part of the Calgary Stampede, and its reputation for being one of Canada’s largest music festivals.

Coca-Cola has been a long-time sponsor of the Calgary Stampede. In addition to its support of the Coca-Cola stage, the official beverage company of the Stampede also supports two entry offers, click here for more details.

For more information and a full schedule, visit www.calgarystampede.com. Backgrounder and photos are available upon request.

The Calgary Stampede celebrates the people, the animals, the land, the traditions and the values that make up the unique spirit of the west.  The Calgary Stampede contributes to the quality of life in Calgary and southern Alberta through our world-renowned 10-day Stampede, year-round facilities, western events and several youth and agriculture programs. Exemplifying the theme “We’re Greatest Together”; we are a volunteer-supported, not-for-profit community organization that preserves and promotes western heritage and values.  All revenue is reinvested into Calgary Stampede programs and facilities.