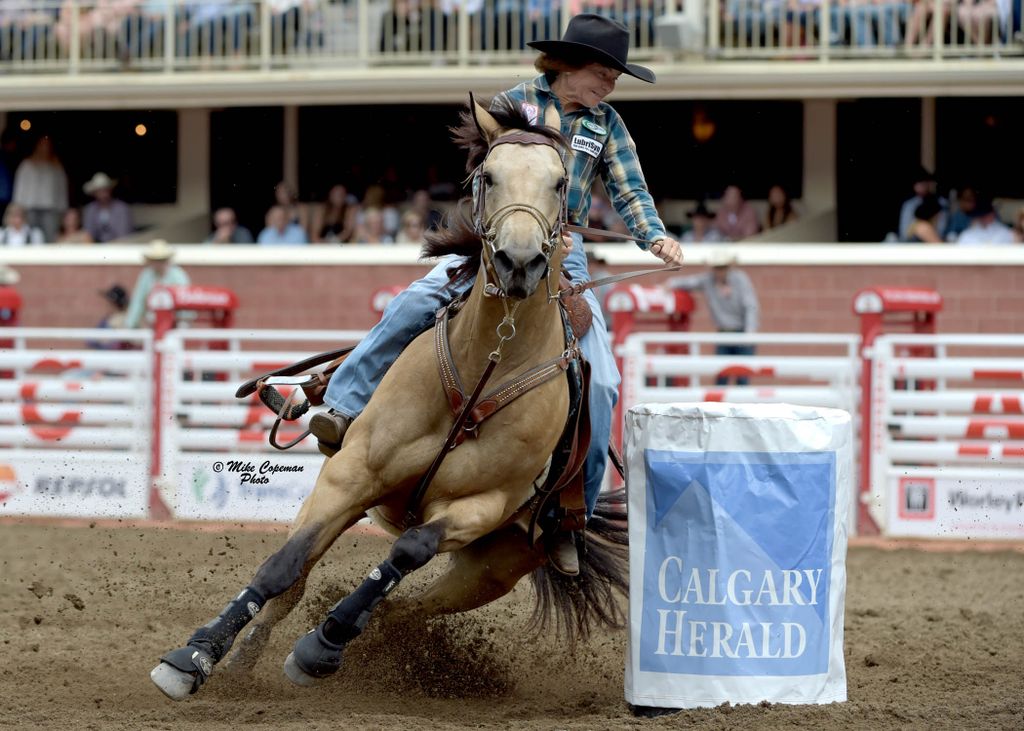 After two days of action, several Pool A rodeo contestants are leaving no doubt they want to be part of the Calgary Stampede’s richest afternoon of rodeo.

Mary Burger is the motivational story of Stampede 2016. The 67-year-old grandmother raced away with the victory in barrel racing for the second straight day, after making a 17.72 second run. She’s now earned $11,000, and is the Pool A leader.

The grandstand crowd began cheering for the Oklahoma rider even before she entered the arena.

“You know, several years back I used to think, ‘well, I’ve got a little age on me’,” admits Burger. “But I’ve had so many people come up and say ‘you’re my inspiration’. When I hear the crowd go, I just get goosebumps all over, and I’m really, really proud.”

Burger actually made her entire run with one foot out of the stirrup of her saddle.

“My horse just really tries to please me, and he knows his job. He set a little bit hard on that first barrel, and popped my stirrup, so I was just hanging on, saying ‘go boy, do your thing’! And he did it.”

For the second day in a row, an Alberta bull rider claimed the first place $5500 cheque. Devon Mezei of Carstairs rode 2 Dark 2 C to 85 points, to sit tied for second in the Pool A race, behind leader Ryan Dirteater of Oklahoma.

“I needed that,” said Mezei. “I’ve been really struggling for the last few weeks. I was pretty down on myself coming into here, so I needed that to get the monkey off my back.”