Calgary – For ten days during the 2016 Calgary Stampede, the Stampede Corral will transform into an energy-filled, extreme sports showcase. Ramp Up, the 2016 show at the Bell Adrenaline Ranch, will feature high-flying motorsports stunts in a fast-paced show.

Moving the 2016 Bell Adrenaline Ranch into the Stampede Corral provides a larger indoor venue and an  enhanced experience with more lighting, pyrotechnics, bigger ramps and more extreme stunts. It will be thrilling to see the riders jumping so close to each other as they compete to be the best. An extra performance each day will give even more guests the opportunity to catch the action.

“Ramp Up will feed off the crowd’s energy and will boast an electrifying atmosphere,” says Joanne Harder, entertainment coordinator with the Calgary Stampede. “The indoor location will provide an opportunity to build larger features for bigger tricks resulting in more intensity and energy from the crowd.”

Bell, the title sponsor of the Adrenaline Ranch, recently renewed as a Stampede Champion level sponsor and Official Telecommunications Sponsor of the Stampede.

The Calgary Stampede celebrates the people, the animals, the land, the traditions and the values that make up the unique spirit of the west. The Calgary Stampede contributes to the quality of life in Calgary and southern Alberta through our world-renowned Stampede, year-round facilities, western events and several youth and agriculture programs. Exemplifying the theme We’re Greatest Together; we are a volunteer-supported, not-for-profit community organization that preserves and promotes western heritage and values. All revenue is reinvested into Calgary Stampede programs and facilities. 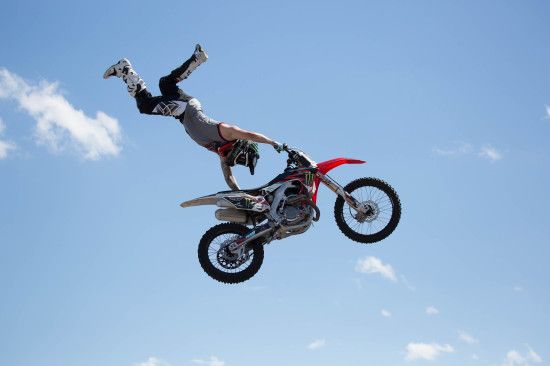