Olson, 19, of Calgary, has completed one year of studies at that venerable institution, Texas A&M University, in College Station, Texas, where he’s taking animal science – and, of course, rooting for the Aggies. 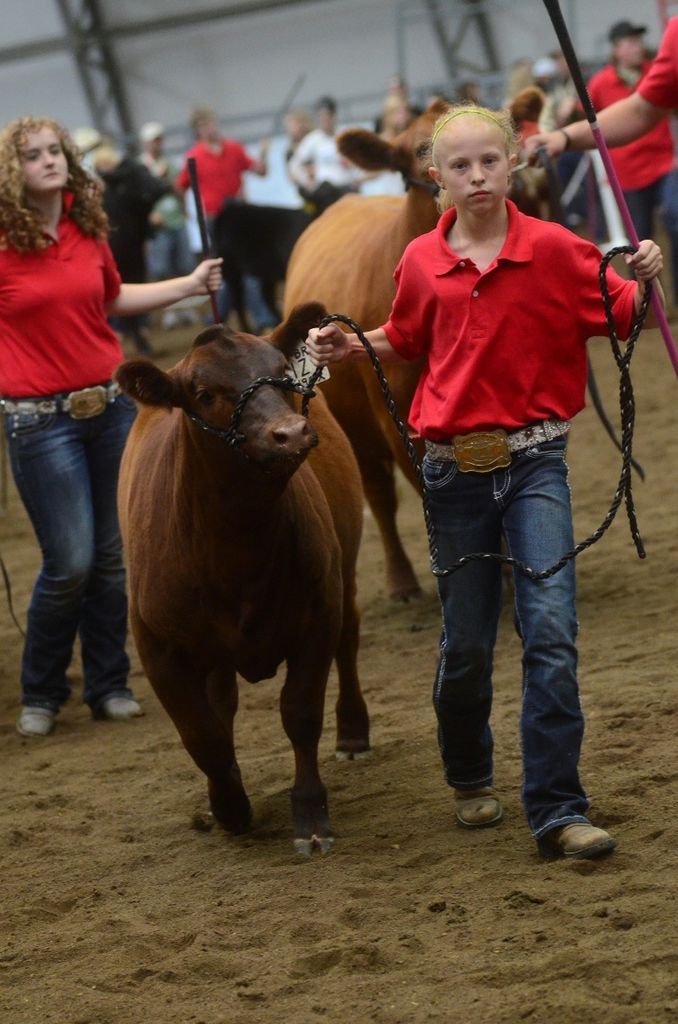 “Yeah, I think that’s a required course,” he said Saturday with a laugh.

Olson was an urbanite for the first 10 years of his life before his parents moved the family out to a farm southeast of Calgary. Olson took a shine to agriculture, especially after his folks started a small herd of purebred cattle, and that’s where he sees his professional life taking him.

“I’m thinking I will probably go into reproduction of some sort – genetics, semen technologies, something like that,” said Olson. “I’m thinking about coming home when I’m finished down there, and taking a master’s in business.

“The advancements in the past 50 years have really been amazing, and it’s exciting to think the next 50 years are up to my generation, really,” he added. “The kids showing right now are the ones who are going to take the livestock industry forward.”

The Calgary Stampede’s International Youth Livestock program continues to provide fuel for that fire. On Saturday, the Stampede and its sponsors – Tervita, Bayer CropScience, ConocoPhillips, Enbridge, WA Ranches, the Alberta 4-H Foundation, Ted and Enid Jansen, and the Calgary Stampede Foundation – presented their annual array of post-secondary scholarships to future leaders of agriculture. The number of recipients (55) and total scholarship dollars ($65,000) are the most in program history, and gifts of belt buckles and jackets for all scholarship winners bring this year’s expenditure to just over $80,000 – nearly double the program’s 2011 total.

The International Youth Livestock program’s 55 scholarship recipients were named at the conclusion of the Summer Synergy show — a week-long collaboration between the Stampede and the Olds Agricultural Society in Olds, Alta., that wrapped up on Stampede Park. About 350 competitors from across Western Canada, with about 600 head of livestock in tow, took part in the 2012 Summer Synergy show this year by exhibiting animals in sheep, dairy, or beef species classes.

All International Youth Livestock scholarship winners and Supreme Champions, along with their families, were feted Saturday night during a gala reception entitled Stars of Agriculture in the BMO Centre’s Arabian Room.

In the audience were sponsors, International Youth Livestock alumni, and special Stampede and industry dignitaries.