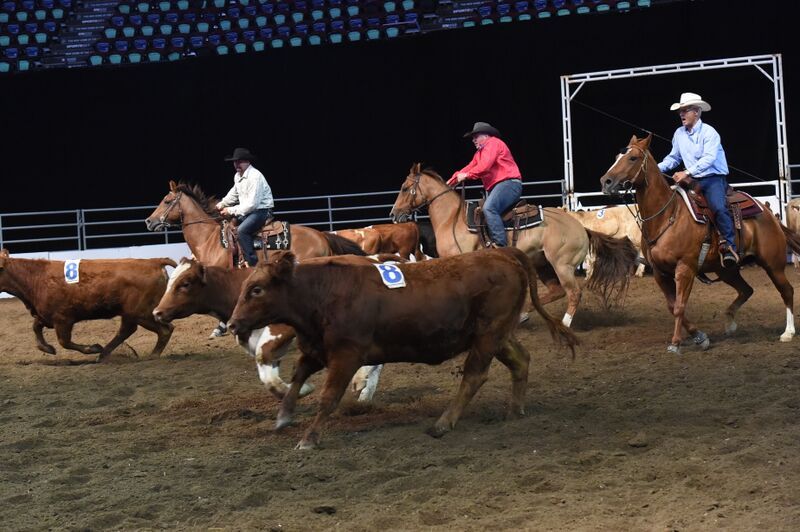 Calgary – Sometimes it seems that Team Cattle Penning at the Calgary Stampede is all about chemistry. There’s chemistry in the special rapport between the riders and their horses and there’s the chemistry that makes a team work. For the Grand Champions in the 10 Class on Sunday night, the mixture was just right.

Two of the winning trio – Kyle Dingreville and Shane Hamilton – are used to penning together. Alex Hansen was a new ingredient, but it worked out pretty well. It doesn’t hurt, of course, that Hansen was Grand Champion in the 10 class last year with different teammates, but you never know how it’s going to go until the flag drops. “Sometimes it just clicks,” Hansen says. “We’re a team that clicked.”

270 teams entered the qualifying rounds held in Okotoks, with only 20 going on to the Saddledome. The team came to Calgary third in the standings, moved up to first in the semi-finals and one more solid ride made them Grand Champions. “It feels unreal still,” says Dingreville. “It hasn’t really hit me yet, but it will,” agrees Hansen. “I’m just glad I could have this experience and that I could have it with my friends,” Hamilton smiles. “I’ll always remember this.”