An emotional crowning of the 2016 Calgary Stampede Royalty 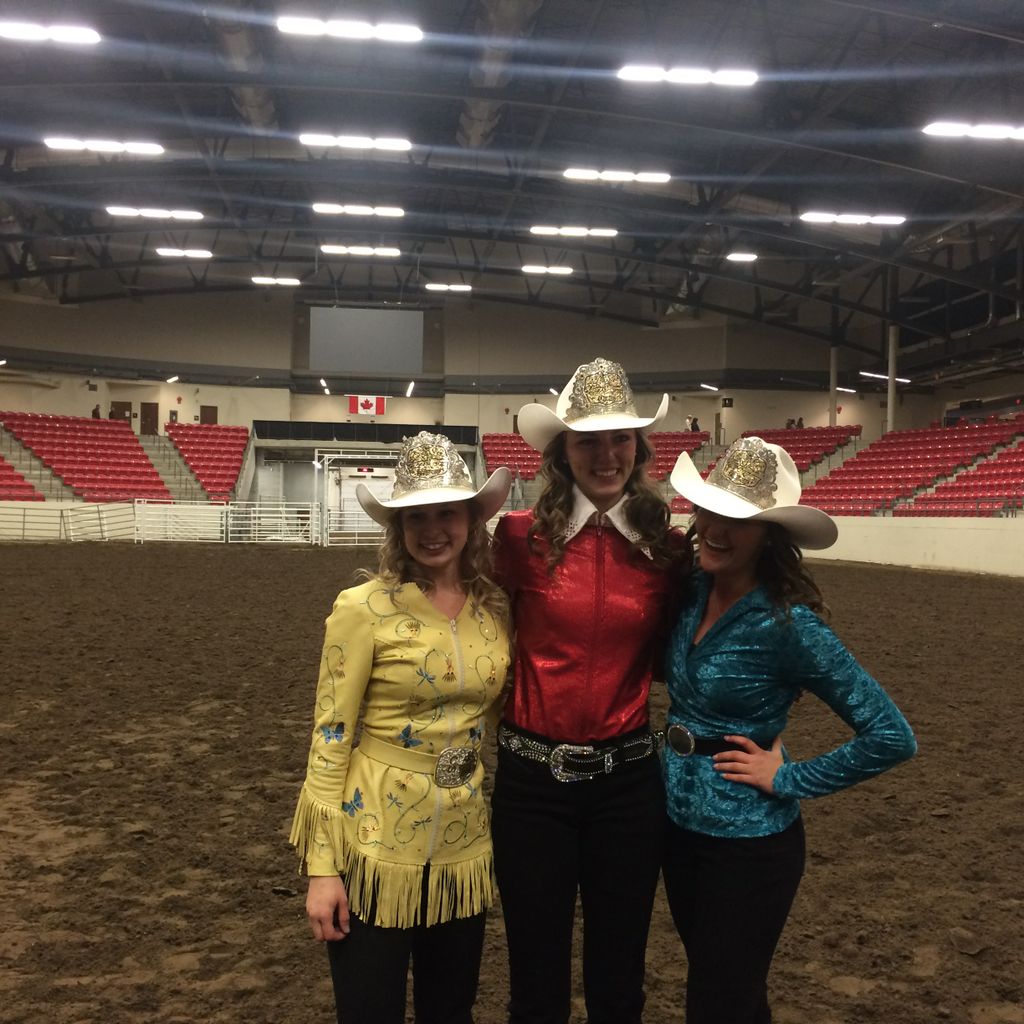 An emotional crowning of the 2016 Calgary Stampede Royalty

Maggie is from Strathmore, Alberta and has been riding for 10 years, both English and Western riding. She spent four of those years as a Calgary Stampede Showrider.

Chelsey is 23 years old from Drumheller, Alberta. She recently graduated from Olds College in the Equine Science Program and is now taking her bachelor’s of social work at the University of Calgary. Her hobbies include riding and hunting.

Bailee is 23 years old and is from Calgary. She graduated from Mount Royal University last year and currently works for the City of Calgary. In her spare time, she enjoys riding, dancing and watching football.

The new 2016 Stampede Royalty will begin their reign with one of their first major appearances at the Canadian Finals Rodeo in Edmonton.

The Stampede Royalty competition began on August 31 with 21 contestants. The contestants participated in riding skill competitions, speech competitions and a number of unique events where the ladies were able to mingle with VIPs to showcase their social skills.