Calgary – As the Calgary Stampede celebrates its Centennial theme, We’re Greatest Together, what better place to gather than everybody’s favourite party place – Nashville North. For music fans, those two words evoke an instantaneous buzz of excitement and fun and this year, the lineup has never been better. In 2012, The Greatest Outdoor Show on Earth brings some of the best talent from across Canada and the United States to Nashville North, from July 6-15. 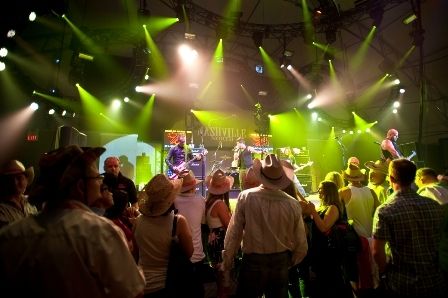 “Every year, the lineup for Nashville North gets better and better and this year is no exception,” says Jim Laurendeau, director, Programming for the Calgary Stampede. “With country legends like Pam Tillis, up-and-comers such as Lukas Nelson & Promise of the Real and some of the best Canadian country artists, Nashville North promises to be the hottest spot in town during the Centennial Stampede.”

Below is the all-star lineup of headline acts at Nashville North:

As always, entrance to Nashville North is free with a paid admission to Stampede Park, and if you’re looking to avoid the lineup, plan to arrive early or check out the Buck the Line package priced at $170 per person.