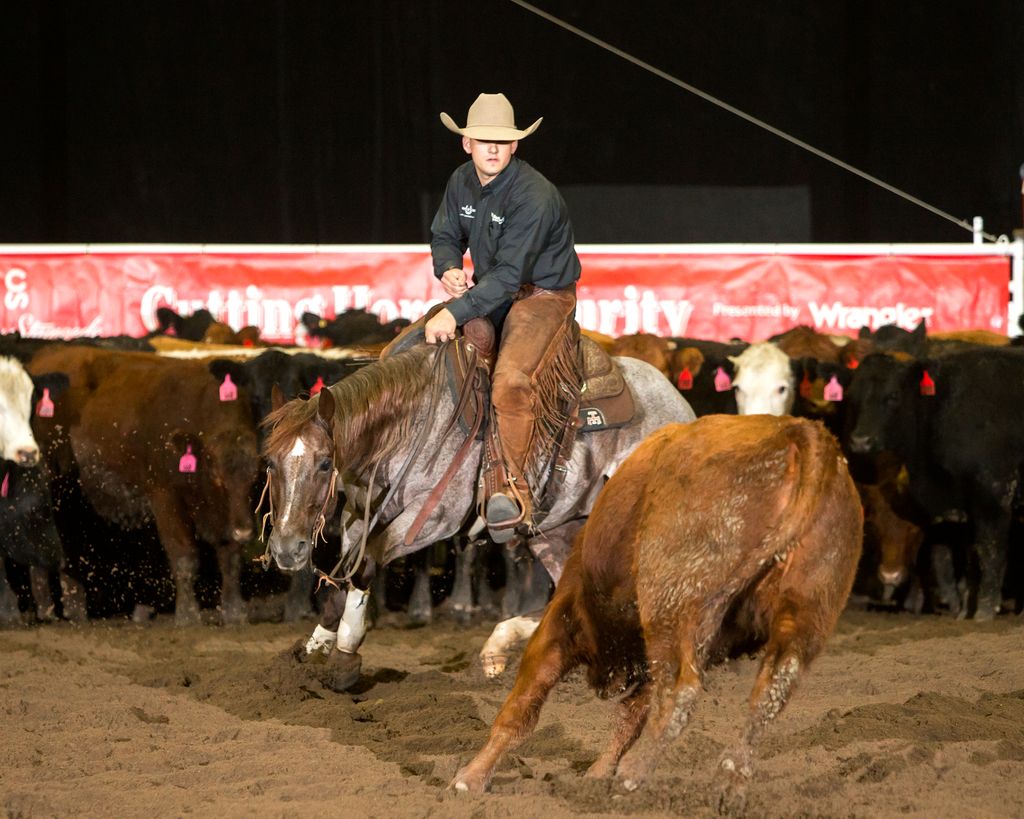 Travis Rempel is celebrating a winning weekend at the Calgary Stampede Cutting Horse Futurity, presented by Wrangler. The horse trainer from Fort Langley, B.C. came out on top in two of the three premier events held Saturday, including the prestigious Open Futurity on Red Hott Cat.

“When I showed the stud (Red Hott Cat, owned by Cheryl and Rick Perkins, of Abbotsford, B.C.), I had a really good first two cows.” Rempel said. “Then I turned around to that third cow and I said, ‘Just let the run happen, don’t force it.’

“That stud always calms down and he lets me kind of come down and so we were able to cut a third cow. We finished up and kept it really tidy. It worked out.”

The duo’s posted score of 221 earned the Championship title and its accompanying payout of $22,475.78.

Dustin Gonnet of Cayley, Alta. was named Reserve Champion after posting a 220-point ride on Come Away With Me, owned by Chad Eaton of Arcola, Sask., earning $17,980.62.

For those unfamiliar with the sport of cutting, each horse and rider is faced with a herd of cattle. The team separates, or “cuts,” a cow from the herd. The rider then drops the reins and allows the horse to use its instincts, strength and agility to mirror the movements of the cow and keep it from the herd. This can be repeated two more times in the allotted two and a half minutes.

While Rempel rode Red Hott Cat 13th in a field of 15, he said the late draw didn’t negatively affect his cattle choice, thanks to the efforts of his turnback riders.

“It wasn’t that bad because I have amazing guys — Dustin Gonnet, Glen Beveridge, Cody Smith and Doug Reinhardt — helping out. If you have those kind of guys helping you, being late in the draw is not a big deal.”

As a National Cutting Horse Association and Canadian Cutting Horse Association sanctioned event, this year’s Stampede Cutting Horse Futurity attracted riders from across Western Canada and from as far as Texas and California. More than 300 horse-and-rider pairs competed in seven weekend classes for a share of almost $400,000 in prize money during the event, which ran from Oct. 11 through Oct. 15 in the Agrium Western Event Centre.

In the Non Pro Futurity, held on Sunday, five horse-and-rider teams faced off for a share of the $10,666 purse. Carl Gerwien of Willow Spring Ranch in Nanton, Alta., finished one-two, riding his own horses to the Champion and Reserve Champion titles. His 215-point ride with Hughes The Cat took $3,039.95, while his 210-point outing on Peptos Stylin earned him $2,213.30. The Reserve Champion was a tie, with Elaine Speight of Rocky Mountain House, Alta. also receiving $2,213.30 for her 210-point ride on her own horse, Ms Chickita Jewles.

“Hughes the Cat is a cow pony. He’s always good with doing his job. Sometimes he gets a bit too nervous, so we have to ride him down in the go rounds, then he settled down,” said Gerwien, a veteran on the competition circuit. “Stylin is lower key. We kind of zip him up a bit. He’s not as cowy; he’s a little more thoughtful. He will get better as a four-year old.” 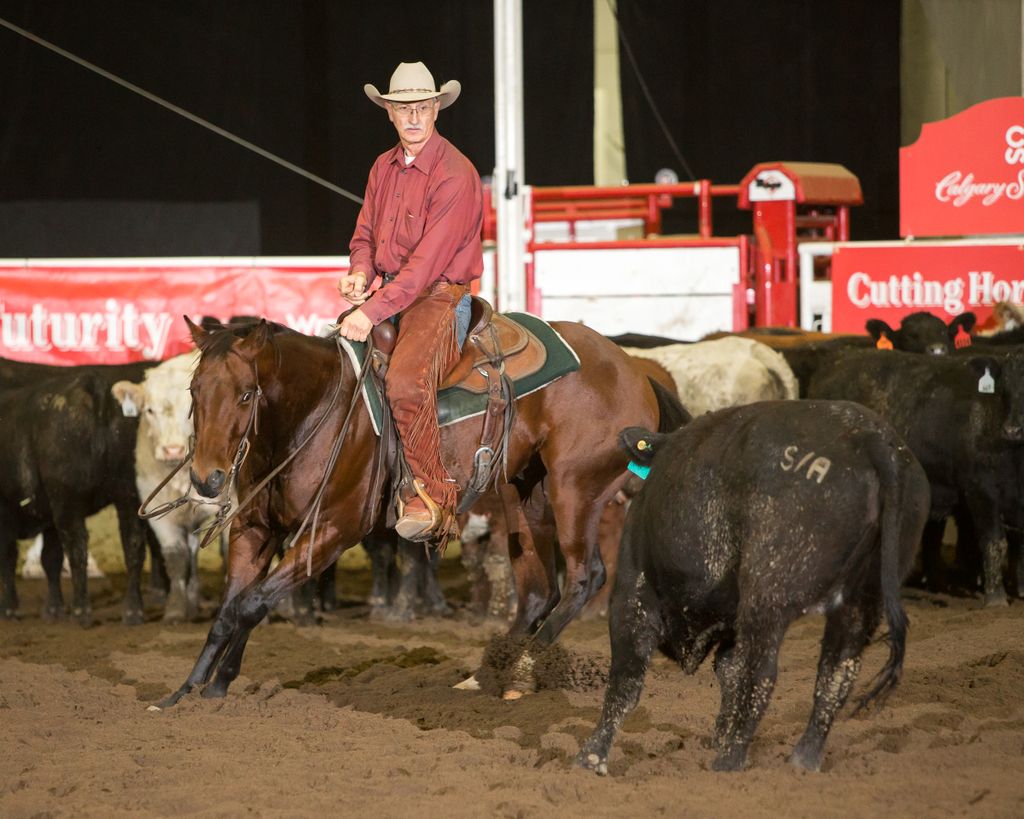