Calgary – This July 5-14, the Calgary Stampede takes its regular Midway food offering and double deep fries it, wraps it in bacon and puts it on a stick. With 31 tasty new treats there is something for everyone no matter how many calories you want to consume. 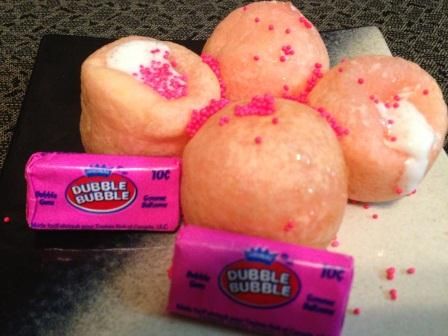 Deep fried delicacies like double bacon wrapped corndogs, deep fried bubblegum and yes even deep fried butter will have you craving something on a stick; perhaps banana bacon ears, chip dogs, chocolate bacon apples, or even an egg roll – yes on a stick. International culinary cuisine includes India inspired Naaco TNT and cochinita pibil from Mexico along with a Ukrainian favourite with a Stampede flair, double smoked bacon wrapped cheese perogie skewers. Finally, your mouth will be watering for sweet and sassy treats like chocolate dipped jalapenos, chocolate cinnamon bear fudge and B52 fudge which takes Baileys, tops it with Grand Marnier and then smothers it with Kahlua (all in fudge form).

“There is something new for every Stampede foodie, from delightful international flavours like flautas de pollo to downright daring offerings like pickle shooters,” says James Radke, operations manager, Midway Programming. “After nearly doubling our Centennial list of new foods, this year’s spread is not for the faint of heart.”

Visitors will be a part of the biggest unofficial food party Calgary has to offer – no matter what you try, you will be taken on a dazzling and delicious culinary adventure. For a complete listing and photos of this year’s new food see attached backgrounder or visit calgarystampede.com/blog.