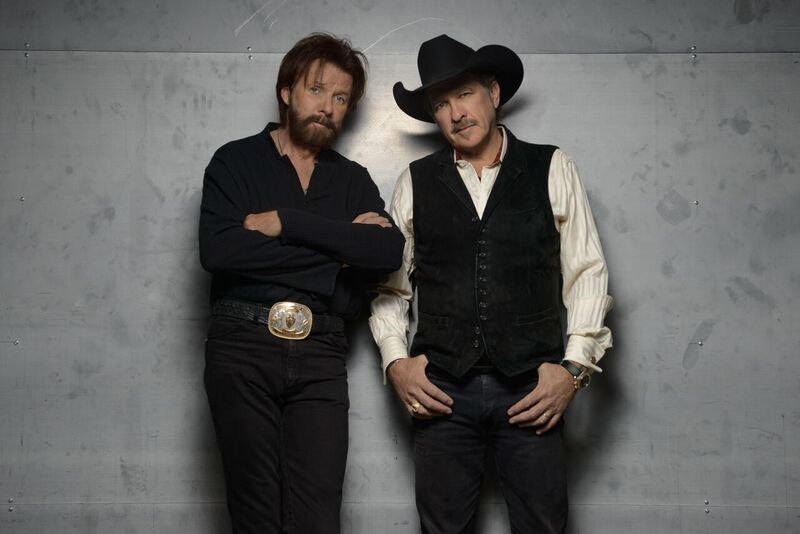 Calgary, AB - The Calgary Stampede and Stampede Concerts Inc. are excited to announce the best-selling duo in country music history, Brooks & Dunn, will be rocking the Scotiabank Saddledome on Thursday, July 13 as part of the 2017 Virgin Mobile Stampede Concert Series.

“Brooks & Dunn are a knock-out country music duo, with every concert an unforgettable, first-class experience,” says Adam Oppenheim, president, Stampede Concerts Inc. “This will be the only show they’re playing in Canada this year. We’re proud to deliver a once-in-a-lifetime, unique and memorable performance at the 2017 Calgary Stampede that fans won’t want to miss!”

Since releasing their first album in 1991, Brooks & Dunn have dominated the country charts with hits such as “Boot Scootin’ Boogie,” “Honky Tonk Stomp,” “My Maria,” and “Only in America,” along with 19 other chart-toppers. Named Entertainers of the Year four times between the Academy of Country Music and the Country Music Association, it’s no wonder why the duo is the most awarded act in American Country Music history. Together, they have sold a total of 30 million albums and collected more than 80 industry awards, including 20 CMA trophies and two GRAMMYs.  Brooks & Dunn announced their retirement in 2009. The July 13 performance at the Calgary Stampede will mark their first return to Canada, following their 2010 farewell tour.

Virgin Mobile will offer its Members exclusive priority access to tickets for the show. Members can go to virginmobile.ca/benefits for details on the pre-sale, which runs from Tuesday, April 4, at 10 a.m. (MDT) to Thursday, April 6, at 10 p.m. (MDT). Members should also check the My Benefits app in late April for a chance to enter to win a VIP experience at one of the Virgin Mobile Stampede Concert Series performances.

Calgary Stampede Insiders also have an opportunity to pre-purchase tickets from Wednesday, April 5 at 10 a.m. to Thursday, April 6, at 10 p.m.

At Virgin Mobile, you’re not a customer, you’re a Member and eligible “Members Get” exclusive deals from awesome brands, a shot at VIP access and one-of-a-kind experiences to events in Canada and around the world. That's on top of super-hot smartphones on a super-fast network with plans that have loads of extras built right in! And now eligible Members in Ontario and Quebec can say Hi to Home Internet with ultra-affordable pricing. Virgin Mobile Members and Canadians can do some good in their local communities by helping at-risk and homeless youth in Canada gain skills to get jobs with Virgin Mobile RE*Generation.