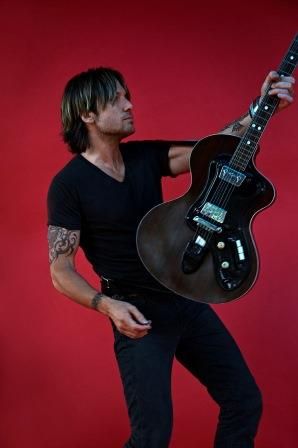 Calgary (Alberta) - The Calgary Stampede and Stampede Concerts Inc. are excited to announce the second show of the Virgin Mobile Stampede Concert Series. On Saturday, July 12th Keith Urban will rock the stage at the Scotiabank Saddledome.

“We couldn't be happier to have Keith make his first-ever Stampede appearance in 2014,” says Adam Oppenheim, managing director, Stampede Concerts Inc. “He is a great addition to this year’s concert line-up, he appeals to a wide variety of fans and has a great energy on stage.”

Urban is a Four-time GRAMMY® Award winner who has also won a People’s Choice, American Music Award and been nominated for a Golden Globe. He’s won five Academy of Country Music Awards, is nominated for six more (in 2014), and has had 16 #1 songs and five consecutive platinum or multi-platinum albums. In 2012 he became a member of the Grand Ole Opry.