Calgary – In conjunction with today’s release of Wil’s single, Ride, the Calgary Stampede is pleased to announce, Calgary artist Wil, creator of the Stampede’s commercial song Ride, will perform nightly at the Bell Centennial Plaza. 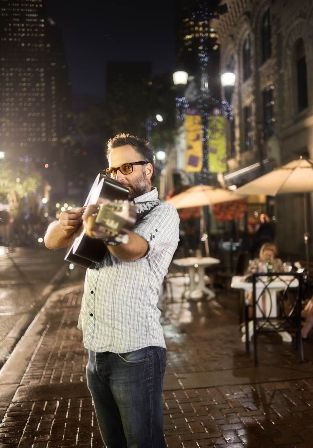 Wil’s live performance will be accompanied by a spectacular audio visual masterpiece consisting of special effects, video, lasers, lighting and pyrotechnics.  The nightly show, aptly named Light Up the Park, will also coincide with Light Up the City for six of the ten nights.

“We wanted to create a space on Stampede Park for everyone to gather and celebrate,” says Rod Tate, Programming manager, Calgary Stampede.  “This show will be a feast for the eyes, a truly remarkable sight to see!”

The Calgary Stampede commissioned Wil to compose the theme song Ride for its television advertising campaign, We’re Greatest Together. The song evokes much emotion from viewers and captures the pride of history that the Stampede embraces.

Wil has a gift and he loves to share it. In his musicianship, lyrics and live performance, he exudes an equal measure of ferocious intent and heart wrenching beauty: as one fan eloquently stated "he's a saw blade cutting though fine silk". Whether performing live, recording an album or writing for film, Wil is a dedicated and consummate professional. Wil uses his legendary live show performances to develop his expansive roots-rock sound to create a style that is honest, edgy, raw and delicate yet achingly beautiful all at once.

Bell Centennial Plaza will be located in the heart of the midway, all performances at the plaza are free with gate admission.  For more information, please visit calgarystampede.com.