With Canadian flags proudly waving, the Calgary Stampede hosted 100 new Canadians and their family and friends at a special citizenship ceremony at Stampede Park on May 24, 2012.

For many individuals and families, the citizenship ceremony is a realization of a long-awaited dream and marks the official beginning of a new life. 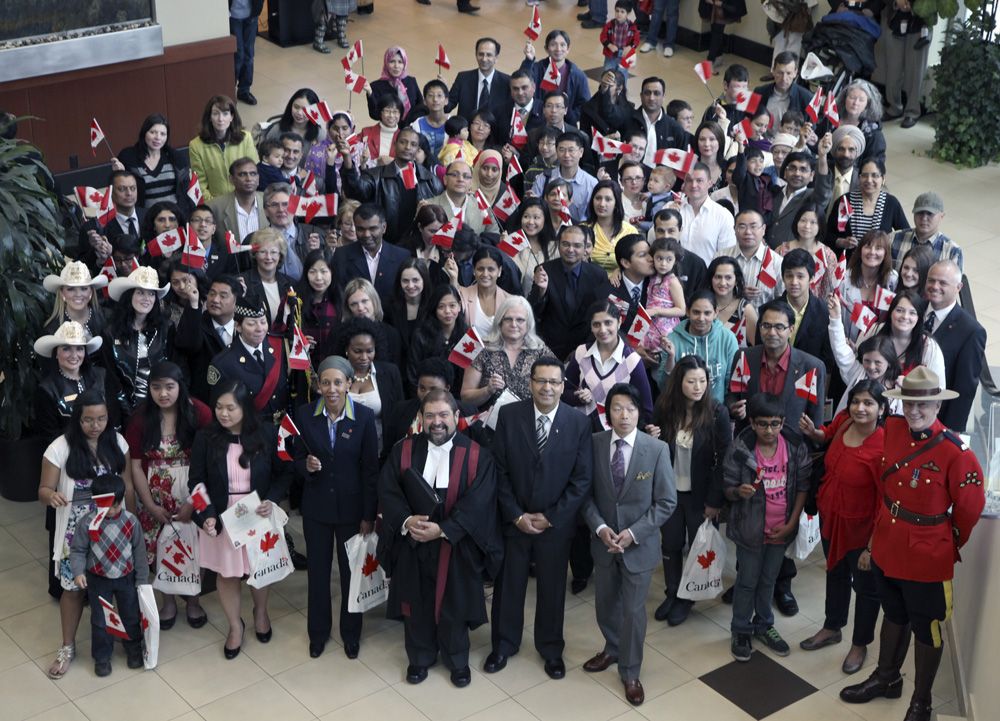 With new citizens from 31 different countries at the ceremony, the event was a perfect fit to the Centennial theme We’re Greatest Together.

A piper and a RCMP officer in full red serge uniform lead the way for the presiding Citizenship Judge Joseph Woodard guests MP Devinder Shory, Alderman John Mar, and representing the Stampede, president and chairman, Mike Casey and the Stampede Queen and Princesses.

The ceremony began with Mary Kate Aquino, a member of The Young Canadians, singing the Canadian national anthem.

In his speech to the new citizens, Mike Casey welcomed the new Canadians to the community and invited them to experience western heritage and hospitality at The Greatest Outdoor Show on Earth.

MP Devinder Shory spoke of his own experience as a new immigrant and described how new immigrants are like the pioneers who journeyed into the Wild West, looking for new life with greater opportunities.

If one moment could encapsulate the mood of the day, it would be the resounding response to Mike Casey’s request of joining him in a Stampede style Yahoo!

All new citizens were presented a commemorative Calgary Stampede Centennial pin and were treated to Centennial cake by the Cake Posse.

The Stampede is proud to offer all new Canadian citizens a chance to experience the magic that happens here every July through the Cultural Access Pass.

The Cultural Access Pass provides complimentary admission to more than 1,000 of Canada's cultural attractions to any person who has received their Canadian citizenship in the past 365 days. 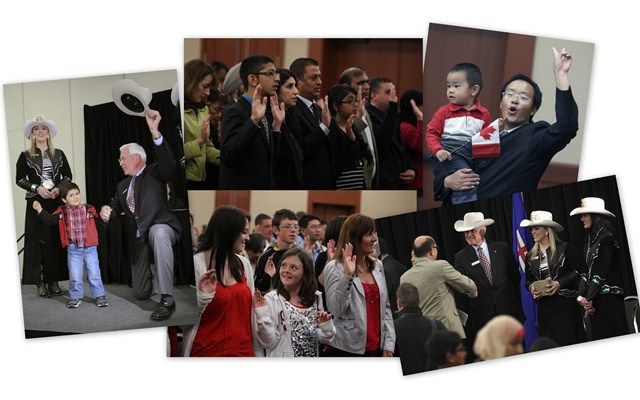