Calgary – For the third consecutive year, the Canadian Country Music Awards (CCMA) Industry Awards presented the Calgary Stampede with the Country Festival, Fair or Exhibition of the Year award. The award was presented to the Stampede in Edmonton, Alberta on over the weekend. 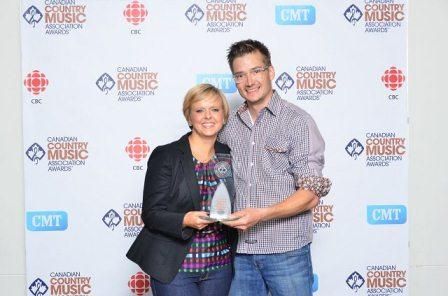 “It is an honour to accept this award on behalf of the Calgary Stampede,” says Rod Tate, programming manager, Calgary Stampede. “Stampede 101 was an incredibly unique year. To be identified as the exhibition of the year after overcoming so many flood related challenges is humbling.”

“It was a truly remarkable year at the CCMA’s,” says Ell. “Working with Ed is such a pleasure, we couldn’t think of anyone more deserving to receive this honour.”

The CCMA Industry Awards are presented to individuals and organizations that have made a significant contribution to Canadian country music during the eligibility period. The winners of these awards are chosen by the combined votes of all eligible members of the Canadian Country Music Association.