Calgary – Prepare to be entertained by the Centennial Calgary Stampede Parade.  The world-class Parade kicks-off the ten-day Centennial celebration on July 6.  The Parade will feature entries that best showcase the theme, We’re Greatest Together. 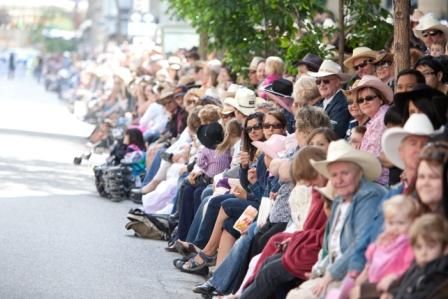 This year’s Parade theme, We’re Greatest Together, encourages the people of this great city, province and country to come together for an unforgettable Stampede Parade.  The Parade will feature intricate floats, marching bands, western riders and other that showcase how we’re greatest together. The Parade will be presented in the following sections:

·         Creativity; with voice, music and movement, and inspire others to do the same.

·         Community; different groups with a common goal to learn, share and grow.

·         Celebration; by representing and sharing achievements, passions, goals and accomplishments.

·         Heritage; by sharing history to help foster understanding and bringing people together to help build
a stronger foundation for the future.

·         Giving; to sustain communities that nurture and support peoples, passions and goals.

The 2012 Centennial Calgary Stampede Parade Marshal will be announced at the 100-Day Launch on March 29.  Stay tuned for more details on how to join us as we start the clock!