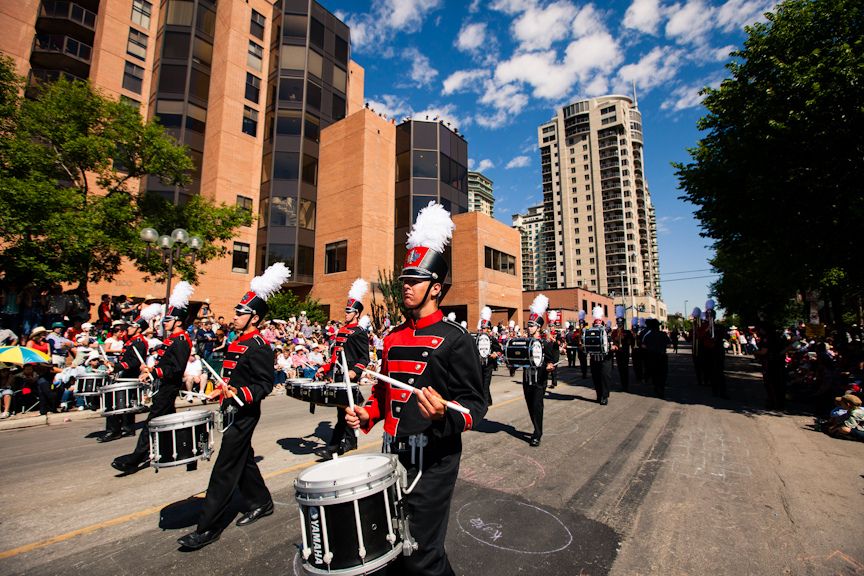 Calgary – Calgary Stampede Parade show band participants performed today in front of a live audience of approximately 200,000 people, in addition to countless others watching on television and online.  What a memorable performance it was!

Show bands merge musical elements, dance and choreography, and present world-class musical and visual performances.  They are judged, out of a possible score of 100, on a number of elements including: what is heard (music), what is seen (visual), and the overall impact of the program’s visual and musical design.

“Bands are evaluated based on a number of different criteria,” explains Mayne Root, Chair, Parade Committee.  “Judges pay attention to very minute aspects, which the casual listener may not pick-up, such as tone, intonation, rhythm, and tempo,” he adds.  Bands that present a compelling performance and visual design, as well as bands that carefully synchronize their movements, achieve top marks.

It is never too early to plan next year’s application.  Visit www.calgarystampedeparade.com.