Calgary – The Calgary Stampede is pleased to share our newest public art installation with the community. “Rainbow Trout,” created by Jeff de Boer, is the first of four art installations planned in ENMAX Park.

As the largest private landowner along the Elbow River in the city, the Calgary Stampede is the proud custodian of urban spaces and natural areas along the Elbow. The Rainbow Trout is one of the most sought after fish in the Elbow and spurred the design concept for de Boer.

“My inspiration comes from nature and architecture,” says artist Jeff de Boer. “As a native Calgarian and Ramsay business-owner, I was thrilled to be selected by the Stampede to create the first piece of art for ENMAX Park. I want this colourful piece of public art to entertain, spark conversation and be a gateway icon for both communities of the Calgary Stampede and Ramsay.”

Since the installation of the sculpture a couple of weeks ago, Rainbow Trout has already been generating interest among Calgarians and visitors alike, which exactly what the Stampede’s volunteer Public Art committee aims to do.

In November 2014, the Stampede’s Public Art committee posted a Request for Proposal (RFP), juried the submissions in January/February 2015 and selected De Boer to create the piece. Jeff de Boer, a native Calgarian, avid fly fisher and internationally acclaimed multimedia artist, was selected by the jury. The jury was comprised of Stampede representatives and community members.

Since 2008, the Stampede Public Art committee has assisted with a number of pieces of public art, including: By the Banks of the Bow, the iconic sculpture in front of the Agriculture building, completed in 2012; 100 Years of Champions, installed in 2014 located in the Grandstand Courtyard; and Do Re Mi Fa Sol La Si Do, located at the Calgary Court Centre with an identical sculpture on Boulevard Champlain along the banks of the St. Lawrence River in Quebec City.

About the Calgary Foundation

The Calgary Foundation has been nurturing a healthy, vibrant, giving and caring community since 1955. It facilitates collaborative philanthropy by making powerful connections between donors and community organizations. The Foundation works to build a strong and sustainable charitable sector that serves the current and emerging needs of the community for the long-term benefit of Calgary and area. In 2014-15, the Calgary Foundation saw $59.9 million in new contributions, had an asset base of $834.4 million and granted $47.3 million to over 900 charitable organizations. 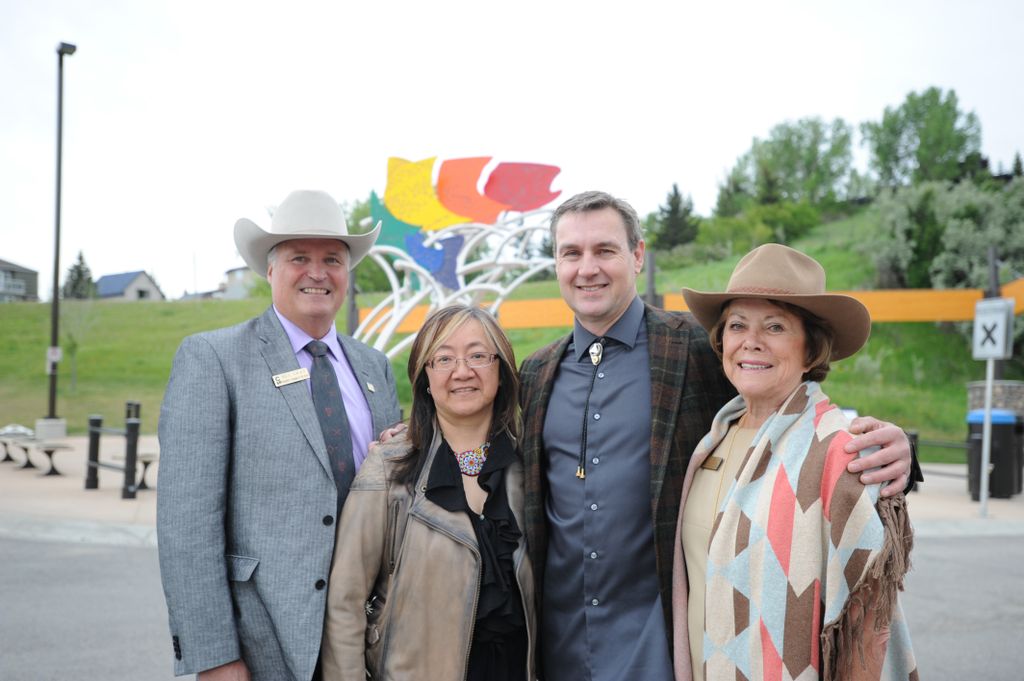