In 2017, Canada will celebrate its Sesquicentennial. Calgary Stampede’s director of Corporate Communications Kurt Kadatz
presented at the Calgary edition of 2017 Starts Now, a series of 12 cross-country conferences hosted by CBC to “inform, inspire and incubate local and regional projects and ideas to mark Canada's milestone and to develop new ways to connect Canadians to national initiatives.” 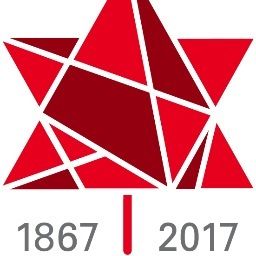 Drawing on the Stampede’s own Centennial experience, and flavoured by a recent visit to Cirque de Soleil at Stampede Park, Kurt talked about “dreams, wizards, legends, flesh and fire” five lessons that could inform planning and thinking for the nation’s upcoming celebration.

#1: Dreams. “Ask stakeholders for their dreams and ideas.” As Stampede’s Centennial approached, Stampede reached out to their thousands of volunteers and asked them what they imagined for Stampede 100. These discussions served as the inspiration for all that was to come.

#2: Wizards: Historians will be vital for “unraveling our alchemic history. We never anticipated the thirst for historical information…and how much [people] viewed Stampede history as a way to help explain their current connections to Calgary,” Kurt said.

#3: Legends: It will be important to give people opportunities to tell their personal and family stories. Kurt told a story passed on to the Stampede by a family about the origins of the western hospitality they still associate with Stampede. A family travelled by horse and wagon and then by train from rural Alberta to see the 1912 Stampede. They arrived weary and hot and found a lemonade stand that advertised FIVE CENTS A GLASS. The man working the stand realized the family could not afford a glass for everyone. He changed the price to five cents a family and a family legend was born. (You can read the full story here.)

#4: Flesh: How do bring together a huge country with people from many different backgrounds? Kurt encouraged Canada to look for ‘the great levelers.’ He talked about our own iconic symbol: the cowboy hat. It’s a symbol of many things, he said, but most importantly, it’s a symbol of inclusion. In a sea of cowboy hats, “you can’t tell a banker from a bus driver.”

#5: Fire: For six of the ten nights, Stampede lit the skies with fireworks in all four quadrants of the city, synchronized to radio broadcast music. Calgarians gathered in parks and streets and many people met their neighbours for the first time. The fireworks brought the city together.

You can see Kurt’s full speech, as well as the other presenters online here. Calgary has started its own Sesquicentennial initiative, imagiNation 150. i150 "is about creating Canada on purpose: generating a citizen-led movement where each one of us reflects on the best that our nation could be, and begins living and building that vision as a gift to Canada."