Calgary – He’s the Country Music Association’s reigning Entertainer of the Year.  He’s a 14-time CMA award winner and today the Calgary Stampede is pleased to announce that country music sensationBrad Paisley will join the Stampede’s Centennial celebration when he takes to the Scotiabank Saddledome stage on Saturday, July 14.  To make an outstanding show even better, Paisley’s opening act will be one of the hottest groups in country music, Grammy nominated - The Band Perry. 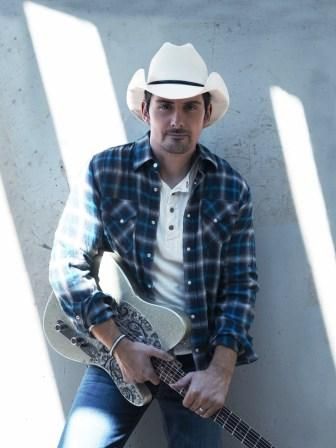 “We said that our Centennial was going to be one to remember,” says Paul Rosenberg, vice president, Programming, Calgary Stampede. “Having Brad Paisley and The Band Perry at the Calgary Stampede for their only Alberta show is incredible and sure to knock your boots off!”

Along with his CMA Awards, Paisley has also captured a record-setting five consecutive Academy of Country Music Male Vocalist honors.  His current albumThis is Country Music debuted at number two on the U.S. Billboard 200 and sold 153,000 copies in the first week of release.

Inheriting a cross-pollinated love of country and rock and roll from their parents, The Band Perry - siblings Kimberly, Reid, and Neil Perry - say they bleed the bright red blood of American music.  The Band Perry’s debut album, THE BAND PERRY, features the #1, triple-Platinum smash If I Die Young; Gold-certified single You Lie and their current ballad All Your Life.

Tickets for Brad Paisley with The Band Perry go on sale February 11 and start at $39.  Check out our concert series tickets packages at Calgary Stampede tickets.

Brad Paisley with The Band Perry is presented by Country 105.

Please join us for our biggest year ever at the 2012 Centennial Calgary Stampede July 6 – 15, 2012.  For more information visit calgarystampede.com.