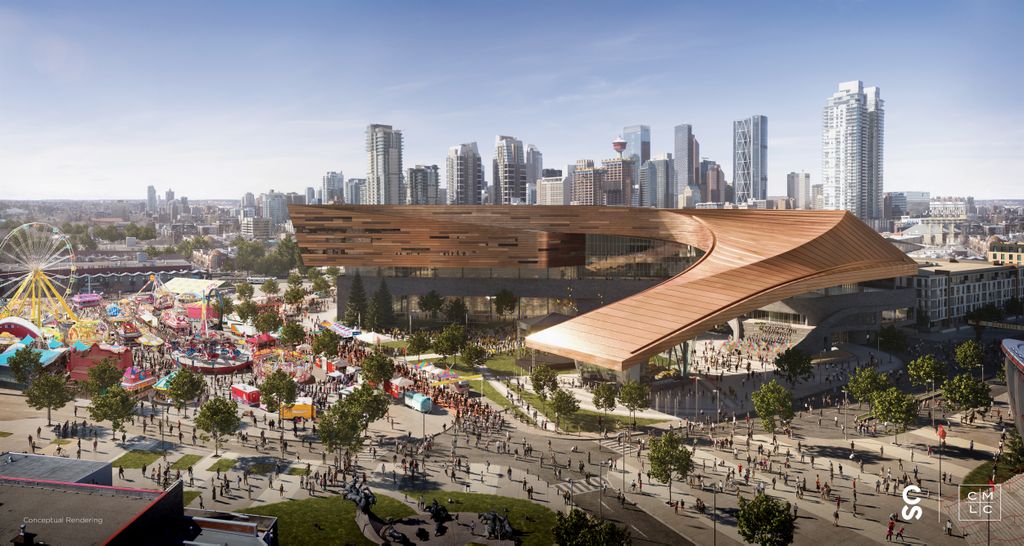 (CALGARY, AB) • The Calgary Stampede and development partner Calgary Municipal Land Corporation (CMLC) are thrilled to unveil the design for the expansion of the BMO Convention Centre – Calgary’s premier meetings and convention venue since 1982. This visually stunning expansion, valued at $500 million, will significantly grow and modernize the facility and enable Calgary to host major conventions on a global scale.

Last year, the Calgary Stampede and CMLC carried out a rigorous competitive process to select the internationally recognized design team now leading this transformation—Stantec, Populous and S2 Architecture. These firms, valued for their complementary experience and proven collaborative approach on major projects, have spent the past 12 months crafting a world-class design for a revamped BMO Centre that’ll enable Calgary to compete with major convention destinations the world over.

Dana Peers, President & Chairman of the Calgary Stampede Board, shares his excitement about this milestone project. “Calgary’s citizens are world-renowned for their community spirit and their drive to achieve great things,” says Peers. “When complete in 2024, the expanded BMO Centre will provide Calgary and southern Alberta a significant platform for economic diversification through growth in both the convention and tourism industries.”

Calgary Stampede CEO, Warren Connell, adds “This project would not be possible without the support of our three orders of government, and we thank them for the opportunity to undertake this important project to support economic diversification and job creation for our region.” The BMO Centre will be the largest conference facility in western Canada (and the country’s second largest after Toronto’s) and will launch Calgary as a bona fide competitor in the international meetings and conventions industry.

“The Government of Canada is making historic investments in infrastructure projects that create jobs in the short term and support significant growth for the local economy. The BMO Centre’s expansion will help drive tourism activity in Calgary and generate more foot traffic for local businesses in and around Stampede Park,”  says the Honourable Catherine McKenna, Minister of Infrastructure and Communities. “I am pleased to be a partner in this important project and look forward to continue working together to build a better, more prosperous, and more resilient Alberta and Canada.”

The raw numbers are impressive—over 1 million square feet of total floor space, including 350,000 square feet of contiguous exhibit space, and more than double its current rentable area—but more important, the new facility will espouse, inside and out, today’s best practices in premier conference facility design. The interior spaces will be ample and adaptable; meeting rooms will be wired for instant connectivity; flexible breakout areas will facilitate those all-important human connections; and outdoor spaces will invite attendees to experience the natural surroundings, diverse amenities and western hospitality Calgary is rightfully famous for.

“As we prepare Calgary for the future, solidifying our role as the ultimate host city will be a major driver of jobs and economic activity. The expanded BMO Centre is going to be a major draw for tourism and travel, says Mayor Naheed Nenshi. “From design to function, I’m confident this building will capture the attention of event organizers from around the world, creating opportunities for our local economy for decades to come.”

The BMO Centre expansion is significant also for being a keystone project set to catalyze the transformation of east Victoria Park into Calgary’s Culture & Entertainment District.

“This project defines an incredibly important phase in realizing the Calgary Stampede’s and CMLC’s long-term vision for east Victoria Park and Stampede Park,” says Kate Thompson, CMLC president and CEO. “The mission shared by the whole BMO project team—Together we will design a world-class facility that celebrates Calgary, captures the Stampede Spirit, connects the city with the Rivers District and activates the site all year long—speaks to this commitment.”

“An expanded BMO Centre will bring new energy, talent and revenue into our city while adding another world-class attraction to the area,” says Thompson. “This design reveal is confirmation that our vision for the city’s Culture & Entertainment District is truly coming to fruition—and I couldn’t be prouder of what the team has accomplished so far.”

This announcement comes at a time when, in a typical year, Calgary would be preparing to host the world at the annual 10-day community celebration. Although the COVID-19 pandemic prompted the cancellation of the 2020 edition of the Calgary Stampede, all project partners remain fully committed to the project and enthusiastic about the opportunities it heralds for the city.

“This exciting project will not only enhance the world-class infrastructure in Calgary but will create jobs in this city when they are needed most. Once complete, this upgrade will continue to positively impact the Calgary economy, as conventions and events from around the world take advantage of the BMO Centre, creating jobs and supporting the hospitality sector,” says Jason Kenney, Premier of Alberta.

The expanded BMO Centre will sustain thousands of jobs—both during construction and after it’s complete—attract private investment and development, and significantly boost both business and leisure tourism to Calgary and the province as a whole for years to come.

In 2019, the Calgary Stampede contributed $700M to Canada’s economy with $540M of that staying in Alberta—not including the construction activities associated with the expansion. Post-construction, the BMO Centre will add another $223M to Alberta’s economy and support 1,757 full-year jobs – 90 per cent of which will stay in Calgary.

Dana Peers adds, “The innovative design unveiled today—its inspiring architecture and enticing spaces—will draw community members and visitors alike, day after day, year after year.” This state-of-the-art, tier-one facility is designed to meet the needs of the convention and consumer show industries in 2024 and beyond. As an iconic anchor for the Rivers District, it is a catalyst that, in concert with the new Event Centre, will support commercial and residential development in the district and the surrounding communities.

The project is on schedule to meet the projected June 2024 completion date. The development permit has been submitted and construction of Hall F (100,000 SF of additional space) is on track for completion later this month. Crews will begin demolishing existing structures in the fall and break ground on the new building next year.

Warren Connell says that, “Despite the obvious challenges posed by COVID-19, we’ve continued to receive inquiries from interested conventions eager to book events when the building is complete and the heightened awareness of health and safety protocols has provided an excellent opportunity for the design team and our operations team to ensure the utmost standards in health and safety are in place when the building opens.”

Connell adds that, “Once completed, the BMO Convention Centre, will have the advantage of the many differentiators that the great city of Calgary has to offer to clients from around the world, including the Calgary Stampede, the gateway to the Rockies, and our unique western culture and community spirit.”

To view the video on the BMO Centre design, click HERE 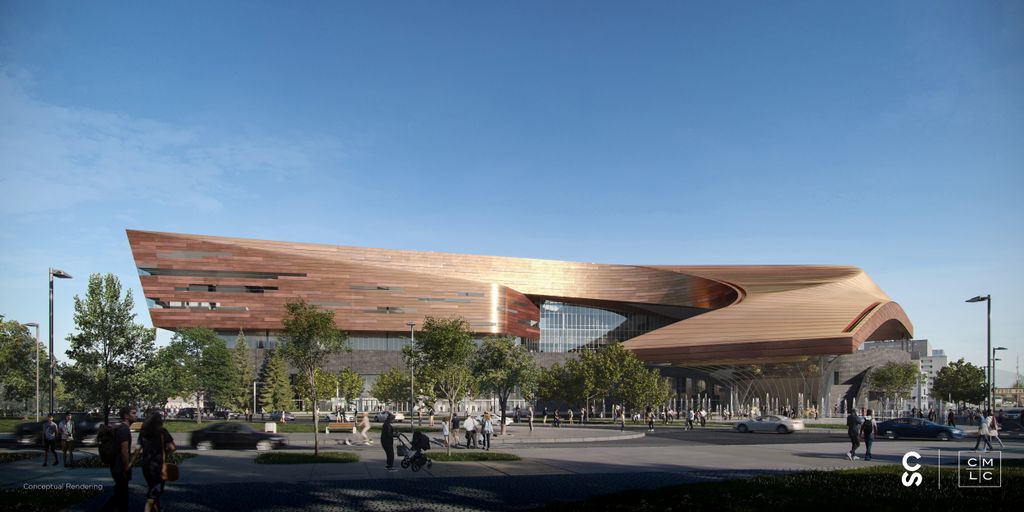 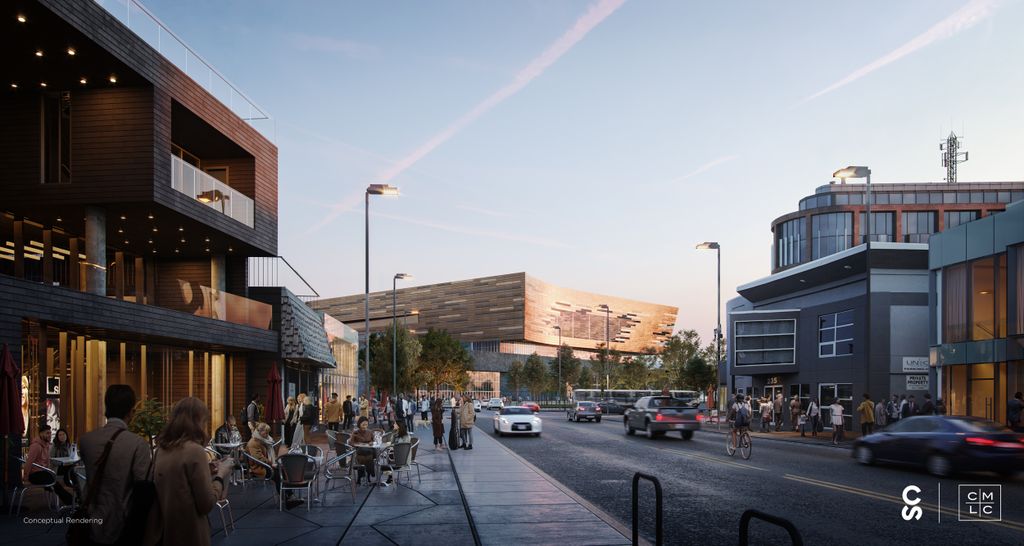 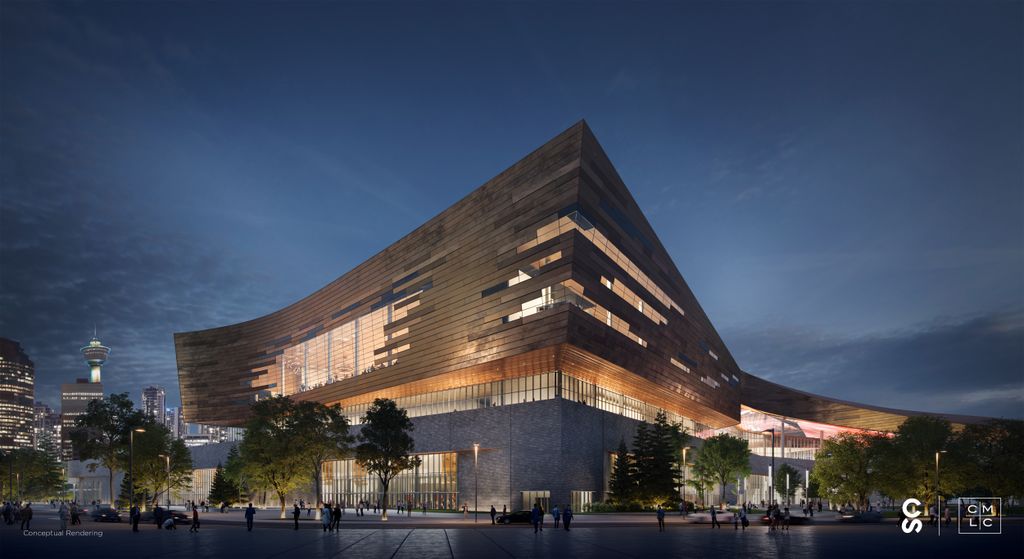 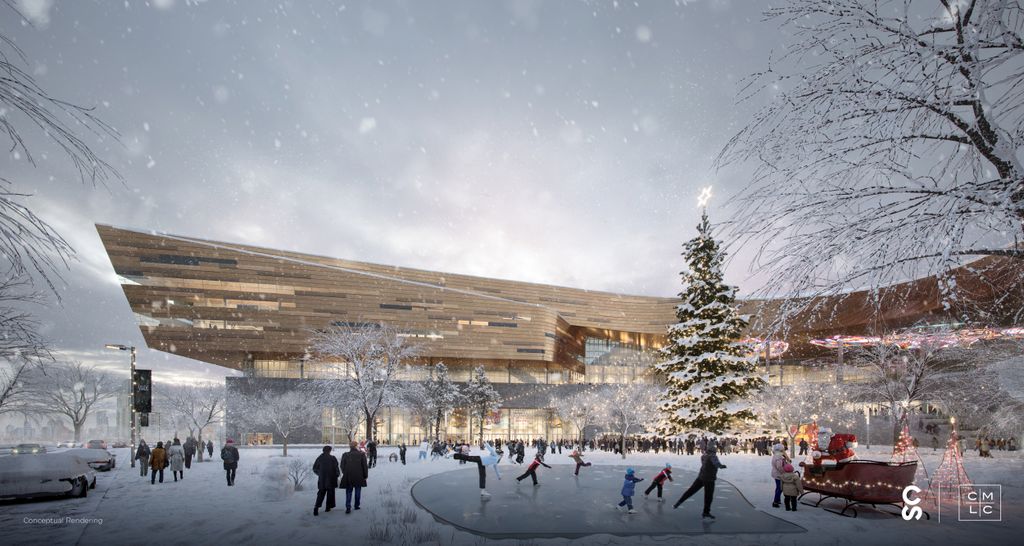