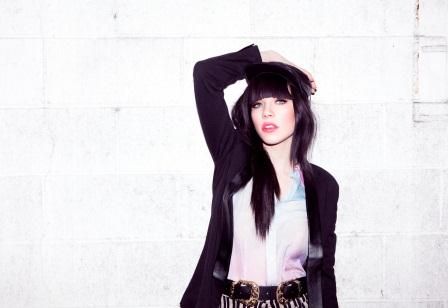 “Carly Rae has experienced amazing success over the past few years and we’re so pleased she has decided to make the Calgary Stampede her only stop in Alberta this summer,” says Anne Georgeson, President, Stampede Entertainment Inc. “We’re proud to present the best in Canadian music and having Juno Award-winning artists like Carly Rae Jepsen make it easy to showcase great talent.”

Jepsen’s first album Tug of War was released in 2008 and her 2011 single "Call Me Maybe" gained popularity on YouTube, reaching 400 million views; the single reached the number one spot on both the US Billboard and Canadian Hot 100, while also topping the charts in 19 countries around the world. So far this year she has won three Canadian Juno Awards, three American Billboard Awards, and is nominated for two MTV Movie Awards and three World Music Awards.

Virgin Mobile presents the Stampede Concert Series also includes, Tim McGraw on Thursday, July 11, Dixie Chicks on Friday, July 12, and KISS on Saturday, July13. Great music can also be seen on the Coca-Cola Stage and Nashville North during the Stampede. The 2013 Calgary Stampede is July 5–14, 2013. For more information visit, calgarystampede.com.