Calgary Tower lights the flame for the Calgary Stampede Centennial

Calgary Tower lights the flame for the Calgary Stampede Centennial 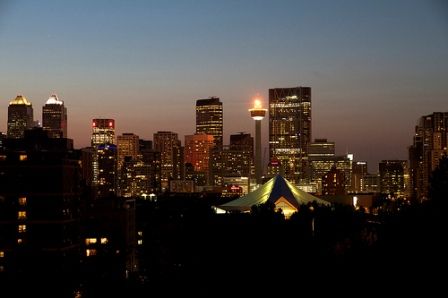 “We are honoured to have the flame lit for our Centennial,” says Vern Kimball, CEO Calgary Stampede. “It is great to have Aspen Properties and Tower celebrate with us.”

Lighting the Calgary Tower flame is a rare tribute. In any given year, only 10 or fewer events are significant enough to warrant lighting the Tower. In 2012, qualifying events have included the 95th anniversary of the Battle of Vimy Ridge and the Queen’s Diamond Jubilee. As Calgary’s most identifiable landmark, the 191-metre Calgary Tower offers a 360° view of the city, mountains, and prairies. A glass floor installed in 2005 offers a birds-eye view of the streets below.

“We are proud to light the flame in celebration of the Stampede’s centennial,” says R. Scott Hutcheson, Chairman and CEO of Aspen Properties, which owns and manages the Tower. “The Calgary Tower was built as a gift for Canada’s centennial and we are excited to be involved as the Stampede celebrates the same landmark.”

The Calgary Tower flame will be lit every evening of Stampede between 10:45 p.m. and 11:45 p.m. Watch it blaze during our nightly firework display from Stampede Park and TransAlta Lights Up the City, tonight and the last weekend of Stampede.