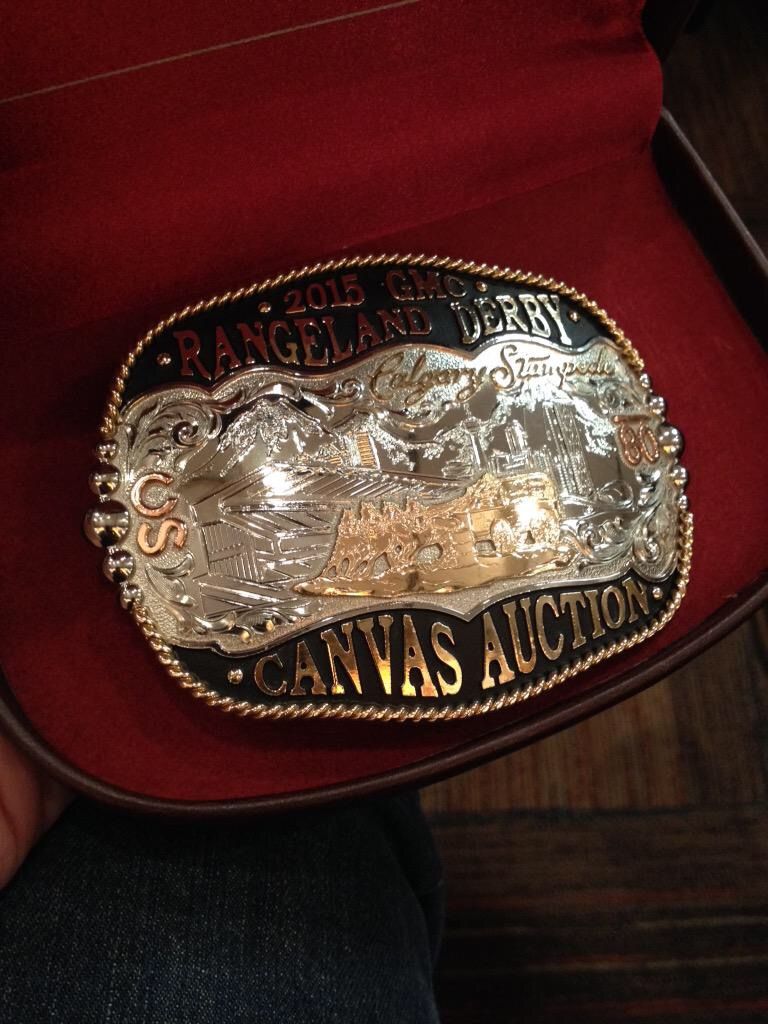 Calgary – The Calgary Stampede is pleased to announce the results from the 2015 GMC Rangeland Derby Canvas Auction. The auction, an annual tradition since 1978, creates important connections between advertisers and drivers, and helps sustain the unique western Canadian heritage sport.

More than 160 organizations came out to bid on the 36 GMC Rangeland Derby Drivers. In total the 36 successful bidders supported the auction with bids totaling $2,782,000.

Tsuu T’ina Nation has once again secured Kurt Bensmiller for the 2015 GMC Rangland Derby. To Tsuu T’ina Nation, being a canvas advertiser at the Stampede is more than just advertising; they have developed a meaningful relationship with Bensmiller and his family. Bensmiller was the 2014 GMC Rangeland Derby Champion.

“In a challenging year, our city showed its resiliency with amazing support of chuckwagon racing and our community,” says Paul Rosenberg, chief operating officer, Calgary Stampede. “Our chuckwagon team worked hard to ensure we had a room full of enthusiastic bidders, and we’re happy to see a good mix of familiar and fresh faces among our successful buyers.”

The final bid of the night went to driver Dave Galloway, who will make his GMC Rangeland Derby debut this year. The rookie collected an impressive $100,000 bid, placing him tied for the fifth highest bid of the evening.

This is the seventh year for Burnet, Duckworth & Palmer LLP and the Calgary Food Bank’s Put the Boots to Hunger campaign. “When we began as a canvas advertiser we wanted to make an impact,” says Grant Zawalsky, Managing Partner, Burnet, Duckworth & Palmer LLP. “Our Put the Boots to Hunger partnership with the Food Bank has been extremely successful and the campaign has raised more than $3 million throughout the years.”

For more information about the 2015 Calgary Stampede visit calgarystampede.com.