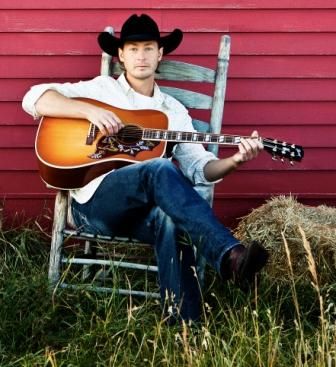 “When I heard that Paul Brandt agreed to celebrate our Centennial by performing in our Grandstand show, I was over the top with excitement,” says Mike Casey, president and chairman of the board, Calgary Stampede.  “He has accomplished so much since he won our Calgary Stampede Talent Search and now he is coming back for our biggest show ever!”

Brandt exemplifies the Stampede Centennial theme “We’re Greatest Together”.  Born in Calgary and raised in Airdrie, Paul began singing gospel music a cappella when he was six years old.  By 14, Brandt became hooked on guitar, and in 1992 he won the Calgary Stampede Talent Search, formerly known as Youth Talent Showdown.  Record executives took notice and he soon released the hit singles, “My Heart has a History” and “I Do”. Since then, he has become the most awarded male Canadian Country Music artist in history.

As the headliner, Brandt will perform a set each night, as well as star alongside The Young Canadians throughout the show.

“The Grandstand Show plays a key role in defining what it means to be Western, and what family values are; it is living proof of what can be accomplished if one will only dream big enough. My career and music have followed in step with these ideas from day one,” says Brandt, “This is an exciting and natural partnership.”

Brandt released his most recent album, entitled Give It Away, in late 2011, which was recently named Canadian Country Album of the Year 2011 by iTunes Rewind.  In addition to his music, Brandt is also known for his many humanitarian efforts, both locally and around the world.

“Century” is dominated by popular songs from the past 100 years, the show’s fast paced delivery is overrun with excitement that builds to the final pinnacle of fireworks exploding from a three-storey tall birthday cake arriving onboard a big-rig convoy lead by Brandt.