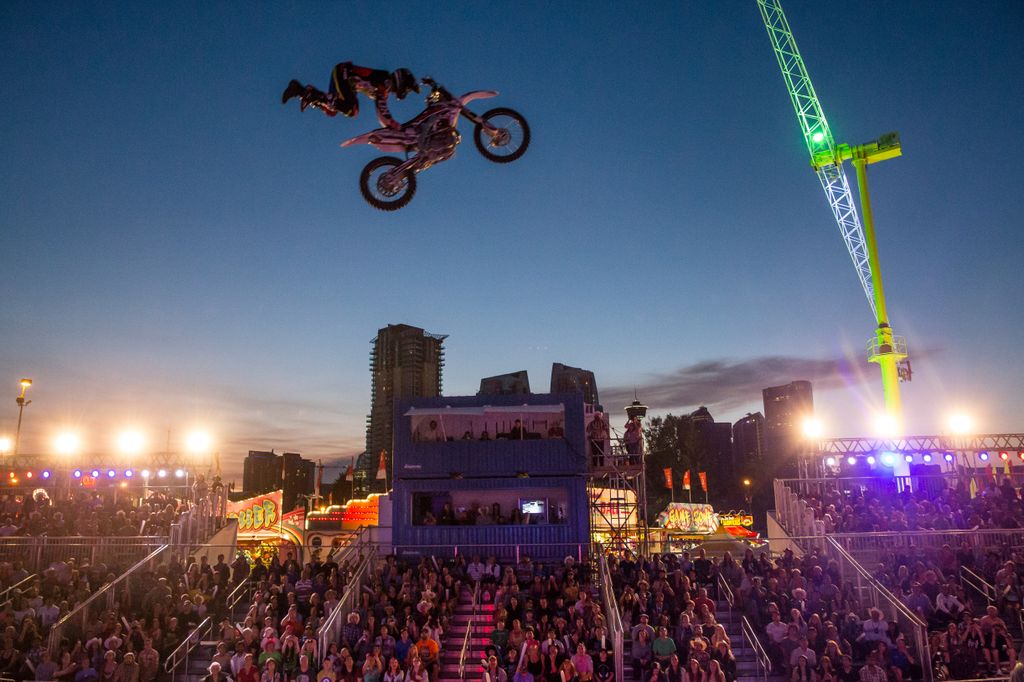 Calgary – The daredevils are back in town! Returning by overwhelming demand, the Calgary Stampede is thrilled to once again feature the Bell Adrenaline Ranch. Home to Evolution of Extreme, this group of world-class freestyle motorsports champions defies gravity with their extreme performances in the heart of the Midway.

While the heyday of daredevils may have long since passed, the Bell Adrenaline Ranch rekindles the spirit of these extraordinary performances with the inclusion of a new act for 2015: the Human Cannonball. Featuring one of the world's only female cannonball performers, Bell Adrenaline Ranch hosts Jennifer Schneider, who will take flight over the Stampede Midway as “Cannon Lady.”

“Last year’s Bell Adrenaline Ranch was a huge success,” says Andrew Shaw, programming entertainment coordinator, Calgary Stampede. “We’re excited to have our champions of the sky return with their high-flying stunts that leave guests at the edge of their seats!”

Averaging an audience of more than 11,000 per day during the 2014 Calgary Stampede, freestyle champion Keith Sayers and his team are returning to the Bell Adrenaline Ranch with their one of a kind show featuring some of the most incredible freestyle motorsports stunts ever seen on the Stampede Midway.