Like so many Calgary Stampede volunteers, David Farran has had a lifetime love affair with The Greatest Outdoor Show on Earth. 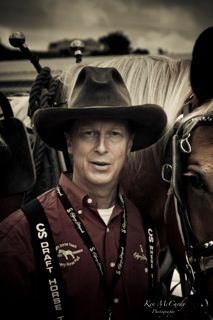 From his first job as a 14-year-old janitor at the Big Four Building to his current volunteer commitment with the Heavy Horse Pull committee and Draft Horse Town, Farran’s ties to the Stampede are deep. His father, Roy Farran, was a director for several years in the 1960s, and his grandfather was an owner of the OH Ranch in the 1950s and 1960s, which was gifted to the Stampede Foundation in 2012 by Bill Siebens. After graduating from high school, Farran spent a summer working for Stampede Tours, driving tourists around downtown in a buggy drawn by a team of Belgian horses. That experience began another love affair for Farran.

“Driving the team around downtown kindled my fascination with draft horses. But then I went to university and started my career, and it wasn’t until 2007 - 20 years after my first experience with draft horses - that I began volunteering with the Heavy Horse Pull committee,” Farran says.

Farran gives about 250 hours of his time each year to the Stampede, organizing and participating in the Stampede’s Heavy Horse Pull and Draft Horse Town. Both events give Stampede Park visitors the chance to watch draft horses using special equipment that was formerly used to build roads, plant crops and extinguish fires.

In addition to his time, Farran has recently contributed to the Stampede in another way – through the Foundation’s “We’re Greatest Together” Family Campaign.

“The Stampede is such an important part of Calgary’s history and our heritage,” he says. “I want to ensure we leave a strong Stampede legacy for the next 100 years, and to ensure it adapts to the new world, the new Calgary. I’m a big fan of the Calgary Stampede, and if I’m going to volunteer my hours, I also want to put my money where my mouth is.”

In his business life, Farran is a successful entrepreneur. He has been a founding employee of Big Rock Brewery; a founder and chief executive officer of Associate Veterinary Clinics; and founder and president of Pipestone Travel Outfitters. Today he is founder and chief executive officer of Medalta Healthcare, a company that manages medical clinics. His business savvy has led him to being named 2009 Entrepreneur of the Year by Ernst and Young. Associate Veterinary Clinics was also named one of Canada’s Top 50 Best Managed Companies by Deloitte. 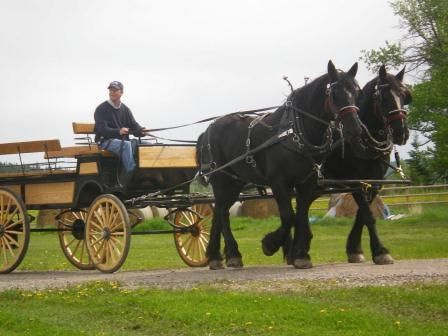 Just as Draft Horse Town helps preserve the memories and knowledge of an era when draft horses were used extensively in society, “conserving the legacy of the Stampede is important to me as an Albertan,” says Farran. “It’s important that we preserve our history and the stories about how hard people worked to build this province.”