Dixie Chicks take the long way to the Calgary Stampede

Dixie Chicks take the long way to the Calgary Stampede

Calgary – The Calgary Stampede is gearing up for its 101st year with another outstanding announcement for Virgin Mobile Presents the Stampede Concert Series. On Friday, July 12, in a rare concert event, the Dixie Chicks will perform their only Alberta show at the Scotiabank Saddledome. 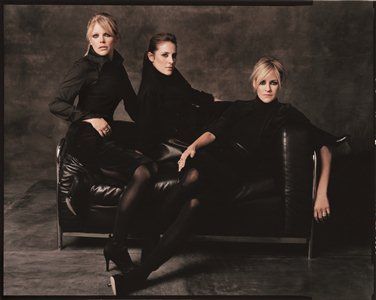 “The Dixie Chicks are an incredibly talented and passionate country music group,” says Paul Rosenberg, vice-president Programming, Calgary Stampede. “The Calgary Stampede is honoured to be one of their first performances after being on hiatus for five years.”

Superstars, renegades, innovators, heroes, villains and moms – over the past decade, Natalie Maines, Martie and Emily Erwin have grown from a band into a phenomenon. The Dixie Chicks’ last album, Taking the Long Way, received two Grammys and its hit song "Not Ready to Make Nice" earned the Dixie Chicks their highest peak to date on the pop charts. The Dixie Chicks continue to be the highest selling female group of all time.

Tickets for the Dixie Chicks go on sale to the public on Saturday, February 9 at 10 a.m. and start at $49.50 (plus applicable fees).

Virgin Mobile will be offering its Members exclusive priority access to tickets for the show. Members can go to virginmobile.ca/lounge for details on the pre-sale which runs from Tuesday, February 5 at 10 a.m. until Thursday, February 7 at 10 p.m. Calgary Stampede Insiders and presenting radio station Country 105 Country Club members also have an opportunity to pre-purchase tickets on Wednesday, February 6 and Thursday, February 7.

Calgary – It was a special day for Clayton Whiteside of Olds, Alberta as he took home first place in the class 2 category on Monday, July 12th at the Calgary Stampede. His 1953 Farmall Super M ...