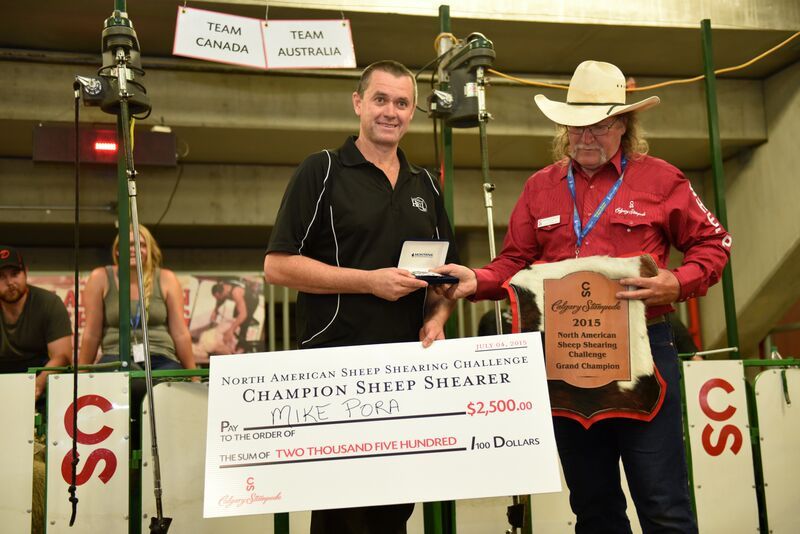 Calgary – The final showdown of the North American Sheep Shearing Challenge came down to a tight battle between representatives from the two biggest sheep shearing nations. In the end, it was Mike Pora of New South Wales, Austrialia taking the title of Grand Champion.  Pora topped a field of eight entrants in the Open class who were battling for the win and a purse of over $11,000

After over a decade of trying, Pora can finally call himself a Calgary Stampede Grand Champion. “It’s absolutely awesome,” he said after the win,  “I’ve thought about it for a long time. World champions, world record-holders – there’s a lot of great names on that trophy. To be next to them is a great feeling.”

The victory is especially sweet for Pora because he doesn’t compete very much anymore. “I’m pretty well retired,” he says. “I was shearing for the better part of 20 years. I’ve been training shearers for the last eight years.” His main involvement in competitions these days, he says, is as a judge.