Calgary – Families, get ready to laugh, play and win. This summer, the Calgary Stampede is bringing a live stage event of the most popular family game show in history to Canada. This year’s ENMAX Corral Show:Family Feud Live!™ gives everyone a chance to win, by predicting the answers to hilarious survey questions to win cash and prizes. 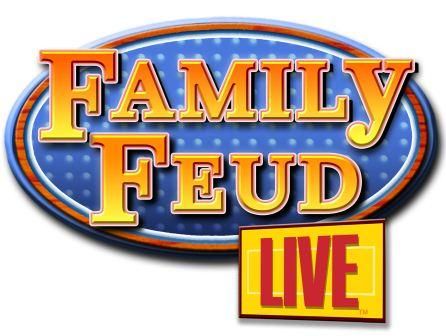 “Every year, the Stampede tries to bring new and exciting experiences to Stampede Park and this year’s show will be the real deal,” says Karen Connellan, director, Programming. “Family Feud has remained one of the most popular game shows in history and we are over the moon about bringing it to this year’s Stampede.”

Family Feud Live!™ is the hit audience participation stage show that gives contestants the opportunity to experience all of the same excitement from the vastly popular TV show, and even win as much as $50,000 over the 10-day festival. Complete with big laughs and big money, contestants have an opportunity to be grouped into their new stage show “family” and compete for cash and prizes in frenetic gameplay taken directly from the hit TV show.

“ENMAX is committed to investing in the communities we serve and are proud to sponsor this year’s show,” says Karla Wingate, Community Investment & Sponsorship, ENMAX Corporation. “It is a chance for family and friends to come together, have fun and potentially win some prizes.”

This year’s Calgary Stampede is July 5 – 14, 2013. For more information and a complete list of rules and regulations please visit calgarystampede.com.