Calgary – “Hell or High Water” t-shirts are now available at the Calgary Stampede online store, with proceeds from each t-shirt sold being donated to the Canadian Red Cross Alberta Floods Fund, which is actively providing relief to flood victims. 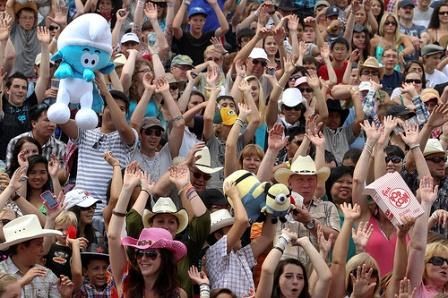 “The phrase “Hell or High Water” suddenly appeared in social media attached to our brand,” says Deanne Carson, vice-president marketing and external relations, Calgary Stampede. “It has really become a tagline to the optimism, power and resiliency of the community to get the job done no matter what obstacles we face.”

Over the weekend the phrase emerged and then began to circulated heavily through social media, it has been quoted and people have used it as a hashtag on Twitter; it has turned into a rallying cry to not only rebuild Stampede Park but this entire community.

The “Hell or High Water” t-shirts will be sold online through the Stampede Store, retailing for $19.95. Shirts will be available for distribution starting Wednesday, June 26.

“Similar to the white hat, we see this “Hell or High Water” t-shirt acting as another symbol to bring the community together,” adds Carson.

To purchase a “Hell of High Water” t-shirt, visit http://store.calgarystampede.com.