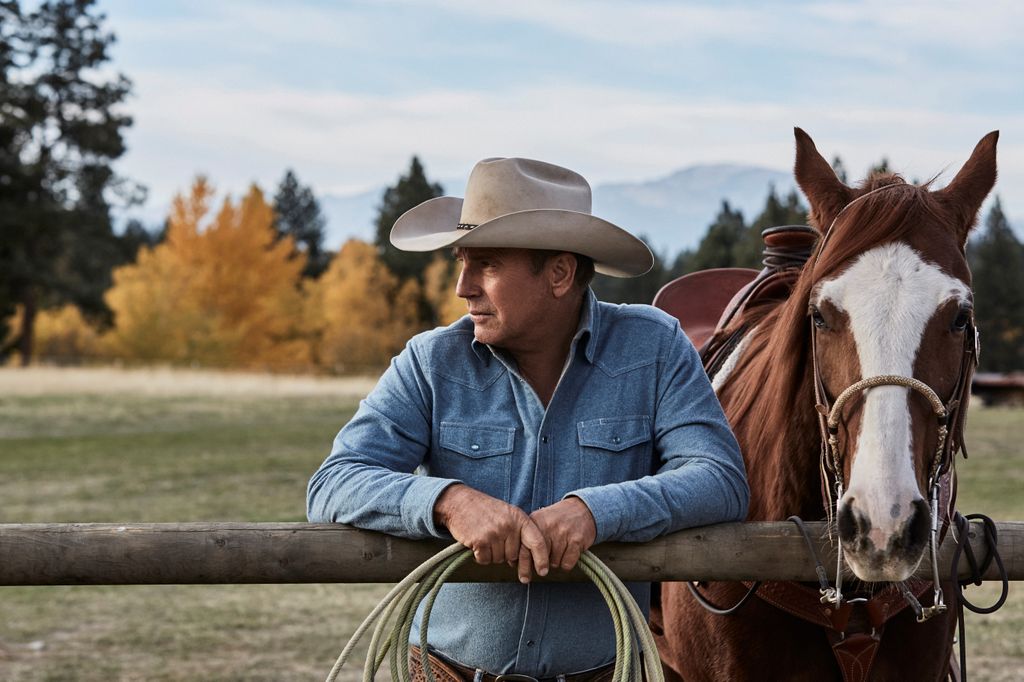 Calgary – The iconic Calgary Stampede Parade returns on Friday, July 8, to kick off The Greatest Outdoor Show on Earth and will be led by legendary actor, producer, director and musician Kevin Costner as this year’s Parade Marshal.

For over 35 years, Costner has been entertaining the world through his movies, television shows and music. He has starred in popular films such as Silverado, No Way Out, The Untouchables, Bull Durham, Field of Dreams, Dances with Wolves, Robin Hood: Prince of Thieves, The Bodyguard, Wyatt Earp, Tin Cup, Open Range, Draft Day, McFarland, USA, Hidden Figures, The Highwaymen, and Let Him Go. Since 2018 he has portrayed John Dutton, the patriarch of the Dutton family, on the award-winning television show Yellowstone on Paramount Network which is currently in its fifth season of production. A modern-day western, the show is filmed in the rolling hills and Rocky Mountains of Darby, Montana, which is reflected in Costner’s love of western heritage and culture.

Costner is no stranger to the Calgary Stampede or the city of Calgary and province of Alberta, having attended The Greatest Outdoor Show on Earth and filmed Open Range and Let Him Go outside of the city. A long-time fan of the spectacular scenery in southern Alberta, and a supporter of the Calgary Stampede, Costner has a personal connection to Calgary and Alberta.

“I just wanted to tell you how nice it was to be selected as Parade Marshal,” Costner said. “You don’t see those kind of things coming. I have a lot of fond memories of being in Calgary. It has made a big difference to me in my life to make Open Range and Let Him Go there. It’s one of the most beautiful spots and the world focuses on Calgary and the Parade, which started a long time ago in celebration of western heritage. On July 8, I’ll be there and I’m really honoured to be a part of what you have done for so long and carry on a tradition. See you at the Parade.”

Costner is also an avid musician, playing guitar, singing, touring and releasing albums with his country-rock band Kevin Costner & Modern West. He and his band are also thrilled to be performing at The Big Four Roadhouse following his Parade Marshal duties on Friday, July 8, in the evening.

Through his movies, music and most recently, Yellowstone, Costner is recognized as an individual who exemplifies western culture and tradition, mirroring the spirit of the Calgary Stampede.

The Parade is led each year by the Parade Marshal, a special individual who exemplifies the values of the Stampede. From Bing Crosby (1959), Bob Hope (1963), Walt Disney (1965), Wilf Carter (1984), Jack Palance (1997), Sam Elliot (1998), to William Shatner (2014) and many more. Past Marshals include many stars in the entertainment industry and have also recognized individuals for their remarkable personal achievements, such as Olympians, astronauts, mountain climbers and cancer survivors.

The 2022 Stampede Parade will also welcome John Scott as honorary Parade Marshal. A third-generation rancher, Scott is an instrumental member of the community and has been at the heart of the local film industry for over 50 years, showcasing southern Alberta on the big and small screens. His company, John Scott Productions, has been part of seven Oscar-winning films, while Scott is also an all-around industry champion, horse wrangler, stunt coordinator, and horse and livestock supplier. Scott’s lifelong work was recognized by the National Cowboy & Western Heritage Museum with the legendary Chester A. Reynolds Memorial Award during the 60th Annual Western Heritage Awards in September of 2021. He was also presented with the prestigious Gene Autry Award for the preservation of western heritage during an awards ceremony at the 2019 Wrangler National Finals Rodeo.

The Calgary Stampede is also proud to recognize the Parade Marshals of the past two years: Katari Right Hand (2021) and Filipe Masetti Leite (2020). Both were selected as representatives, despite the absence of a full Parade in each of their respective years and will be riding in this year’s iconic event.

The Calgary Stampede Parade begins at 9 a.m. on Friday, July 8, with the prelude beginning at 7:30 a.m. Those unable to attend in person are invited to enjoy the Parade from the comfort of their living rooms through a special broadcast by our partners at Corus Entertainment with Global Calgary broadcasting all of the excitement live.

Following the Parade on Friday, July 8, guests can head on down to Stampede Park for free admission between 11 a.m.—1:30 p.m.! For more information, please visit calgarystampede.com.

*Click the link below to view this release online to access a message and photo from Kevin Costner.*