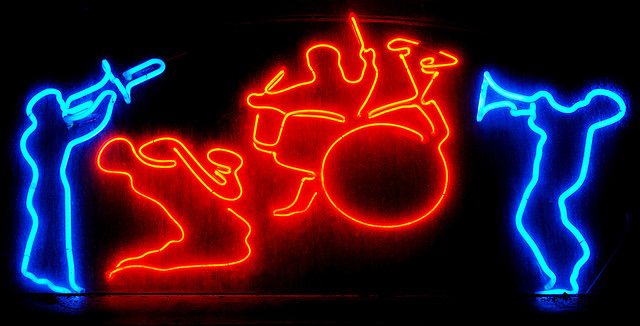 Calgary – If you’re looking to trade some redneck for beatnik, and swap your Kenny Chesney for a little Kenny G., you’ll want to head down to New Orleans North - the new jazz club at this year’s Calgary Stampede.

“The Stampede is intent on bringing urban and rural worlds together and for many years has presented a country format in Nashville North,” says Karen Connellan, director, Programming. “This year, we’re thrilled to bring a new urban sound to Stampede Park in an enhanced venue.”

Behold the jazz club. New Orleans North will feature new candlelight booths, an extensive wine list and opulent chandeliers. A new Cajun tasting menu will show off the talents of Stampede culinary team.  And what was once Nashville North - a raucous tent known as Calgary’s best country music party  - will be transformed into New Orleans North - an understated, elegant venue up there with New York City’s best jazz haunts.

Behold the jazz. Programming at New Orleans North will start (naturally) with feel-good, smooth-jazz afternoons, allowing for a relaxation and escape from your high-intensity Stampede adventures.  Why let this relaxing vibe be relegated to dentists’ waiting rooms and laundromats? In the evenings things will get a little more intense, with big band and Dixieland ramping up to a crescendo of hot and classic jazz. The full roster of local and international performers will be announced in early May.

“It’s been a tough year and some Vitamin J might just be what the doctor ordered,” adds Connellan. “We’re confident that New Orleans North is will strike a chord with all our guests, from boomers to millennials and from seniors to Gen Xers.”

One final message for our die-hard Nashville North loving fans. The sights, sounds and set up of New Orleans North will be as chic as they are comfortable. So come as you are; as long as it’s in appropriately sophisticated attire.  Syncopated two-step dance lessons will be available.