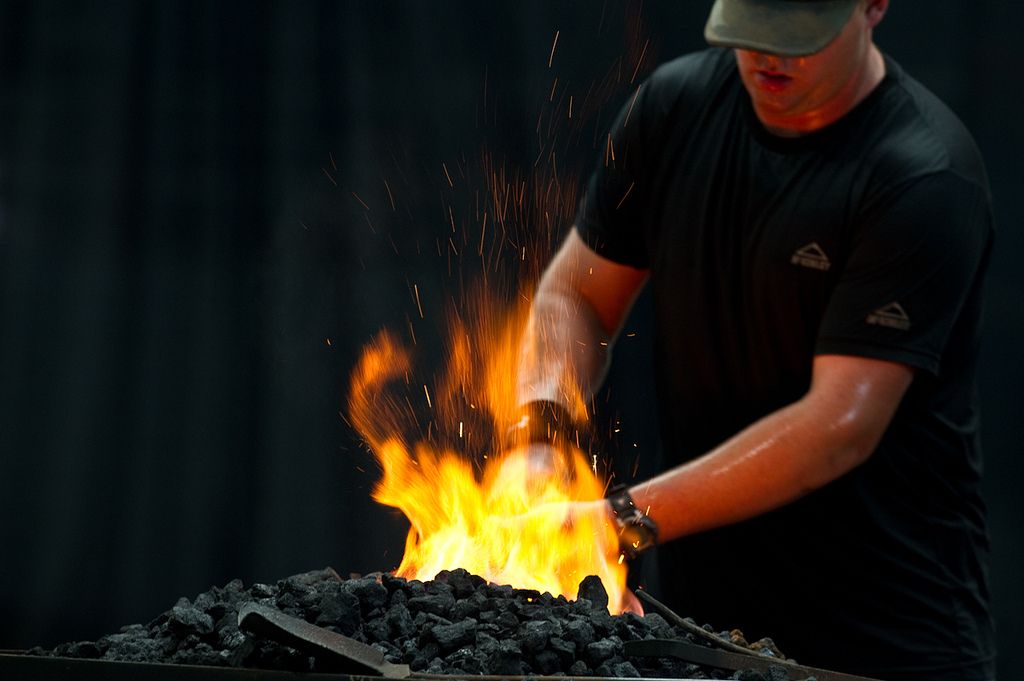 Calgary – A new twist is being added to the fire, steel and skill of the Calgary Stampede Blacksmith Competition (CSBC) this year. That twist? Teamwork.

The action in the CSBC begins on Friday, July 10, on the Country Trail alongside the Agrium Western Event Centre.  Four forges have been erected in the open air – just like in the good old days. Beginning at 11 a.m., each team will build eight shoes that will then be judged against those produced by their competitors. At 4:30 p.m., it’s the Individual Speed class competition with each team member having fifteen minutes to show their skill.

“We have four teams coming, two from Canada and two from the U.S.,” says Rob Hitchner, chair of the Stampede Blacksmith committee. “There are four on each team and it will be the top team that wins, rather than an individual.”

On Saturday, July 11, the competition moves to the Northern Lights Arena where competition begins at 11 a.m. and goes to 1:15 p.nm. in a staggered start of two teams each. This day isn’t just about the forging of shoes, as each team will prepare the feet and install the shoes on two saddle horses in a mere 120 minutes. The judges will be assessing every step of the process from the first strike of the hammer to the driving of the last nail.

Sunday, July 12, competition is again in the Northern Lights Arena at 11 a.m. and similar to Saturday’s competition except the horses being shod are big, powerful draft horses. At the end of the day, the winning team will earn $8,000.

As well as the Calgary Stampede Blacksmith Classic, those wanting to see, hear and learn more about the art and science of blacksmithing can go to the Country Trail display every day of Stampede to see how metal gets turned into horseshoes.

For more information on these events, please visit calgarystampede.com