Calgary – With a roaring crowd and thundering hooves the 2013 GMC Rangeland Derby has been won by Jason Glass. Along with bragging rights Jason also took home a cheque for $100,000. 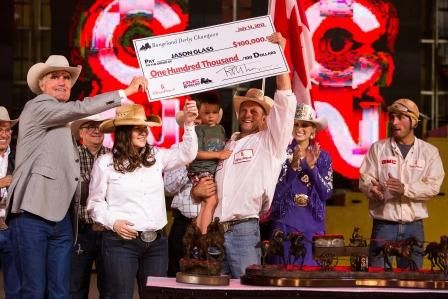 Jason Glass, Jerry Bremner, Kirk Sutherland and Rick Fraser earned their way into Sunday’s final heat by virtue of their performances in Saturday’s semi-finals. Jason Glass made the most of the opportunity, capturing the title on Sunday night.

Driven by tradition. Guided by experts, the Calgary Stampede invites only the top outfits in North America to compete for 1.5 million in prize money.

For more information about the 2013 GMC Rangeland Derby winner or the Calgary Stampede, please visit: calgarystampede.com.