New generation stoking the fire at ‘Olympics of blacksmithing’

New generation stoking the fire at ‘Olympics of blacksmithing’

CALGARY -- The profession is ageless. The competition is coming of age.

How so? Well, consider the following. Now in its 33rd year of existence, the Calgary Stampede’s World Championship Blacksmiths’ Competition (WCBC), presented by Mustad, will feature an unofficial event record of sorts this year. Two sets of fathers and sons will go at it hammer and tongs, along with several dozen other anvil bashers, in the hopes of firing up a global championship at the competition that’s commonly known as the “Olympics of blacksmithing.” 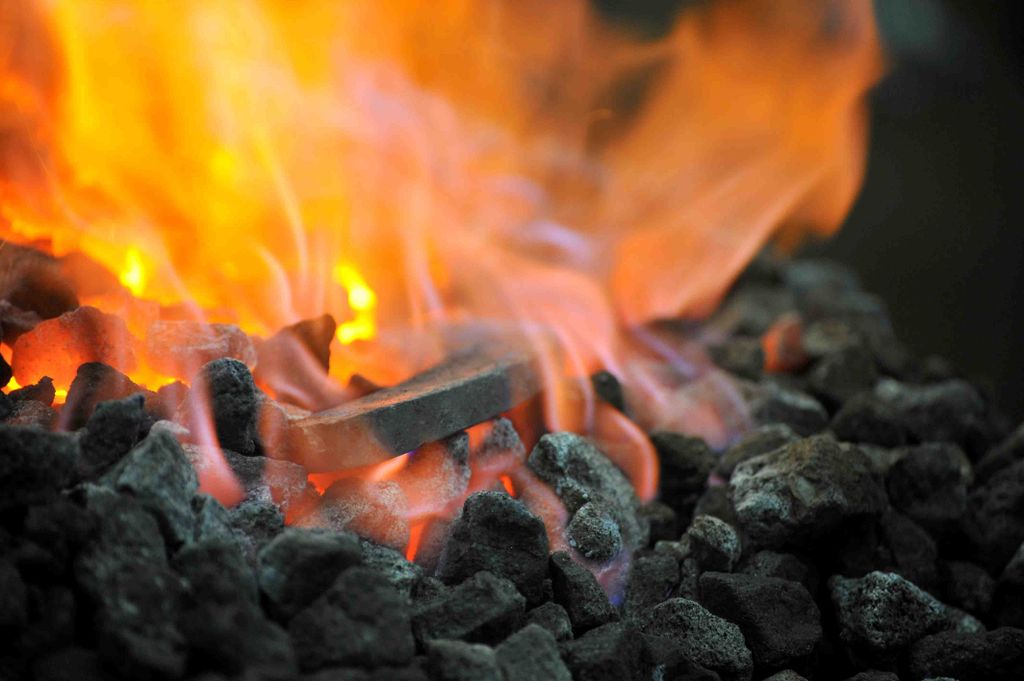 Craig Trnka of Edgewood, N.M., who was crowned the 1999 world champ at Calgary, will be arriving along with his 19-year-old son Bodie, a first-time Stampede competitor. “I’m biased, but I think Bodie is a pretty perceptive person, and he wants to do this on his own terms,” says Craig. “He wants to be good at it, well-rounded at it. And that’s why I get excited.”

Adds Bodie: “I’ve gone along on jobs with my dad in the summer, every day, since I could talk and walk. I started learning and picking things up when I was about 12 . . . and I’ve been going at it ever since.”

The Trnkas are farriers by trade, shoeing a mixture of dressage horses, reined cow horses, quarter horses, and trail horses for their clientele in north-central New Mexico. The family also operates a year-round series of shoeing competitions across the U.S., and Bodie is attending New Mexico State University at Las Cruces, majoring in agricultural business in preparation for a career in the centuries-old art form.

“I’ve always liked shoeing horses. It’s pretty cool, because it seems like my dad’s never pushed me in this direction. In fact, he’s probably shied me away from it a bit over the years, and it’s made me want to do this for a living even more,” says Bodie. “There’s no doubt that it’s been my life since I was little-itty-bitty, because Dad would take me everywhere. I like being outside, I like horses, and I like to do things with my hands. So it seemed to fit really well with me.

“And now that I’ve decided this is what I want to do, he’s been more than helpful in getting my feet on the ground and started — built me a whole mobile shoeing truck, the works.”

Father-and-son tandem Chris and Cody Gregory of Lamar, Mo., will also be competing at the 2012 Stampede.

In all, it’s expected that 72 competitors from 14 different countries will converge on Stampede Park for the 33rd annual WCBC, presented by Mustad, which runs from Thursday, July 5 through Sunday, July 8 under the Big Top. More than $50,000 in cash and prizes will go up for grabs; the winner will receive a cheque for $10,000, a limited-edition bronze trophy, a handtooled Stampede belt buckle, and a champion’s jacket. Modern-day Vulcans from England, Denmark, New Zealand, Scotland, Australia, Northern Ireland, Norway, France, Wales, Sweden, Switzerland, Germany, the United States, and Canada will do their best to dethrone three-time defending champion Steven Beane of England.

Throughout the long, illustrious history of the WCBC — recognized far and wide as the true world championship for blacksmiths, and the richest such competition on the planet — only two men have won more than three consecutive world titles. Grant Moon of Wales captured five straight from 1988 through ’92, while Canada’s Bob Marshall won the first four from 1980 through ’83. After building up points in eight different forging and shoeing classes through the first three days of competition, the top 10 hopefuls will advance to the WCBC semifinal on Sunday, July 8 under the Big Top at 9 a.m. The top five will return immediately for the championship final, also under the Big Top, at 11:30 a.m.

Continuing a push begun in recent years, WCBC organizers are again accentuating the team aspect of this competition, with the winners of the four-man team championship splitting a pot of $8,000. The Calgary Stampede Farriers Team — Nathan Powell of Okotoks, Alta., Iain Ritchie of Pitt Meadows, B.C., James Findler of Langley, B.C., and Matt Kuechler of Cremona, Alta. — was chosen out of the Canadian Horseshoeing Championships at Stampede Park in April. “We try to make this competition as true-to-life as possible. More and more farriers are travelling in pairs now; you can get more done economically with two, rather than one, and it’s safer, as well,” says Erik Swanby, who chairs the Stampede’s Blacksmiths committee. “If one guy can shoe four horses in four hours, you’d expect two guys to shoe four horses in two hours. But it takes less. One guy can be making a shoe, while the other can be trimming a foot. It’s all about synergy, co-operation, and teamwork.”

The work of farriers and blacksmiths has remained virtually unchanged for centuries, except for the use of propane and electricity (the WCBC sticks to coke forges) and better tools. So what can a 21st-century farrier do to gain an edge? “Education,” says Swanby. “The guys who do really well are the ones who treat it as a profession and not just as a job. When I go to clinics and conventions, and I listen to guys talk about the intricacies of a horse’s foot, I’m blown away. They’re farriers, they’re shoers, but they sound like vets.”