Calgary — The third time proved the charm for Gerry Hansma and his mount, Justa Swingin Cat. In just their third competition together, the pair took the Open Futurity at the Calgary Stampede Cutting Horse Futurity, presented by Wrangler, on Saturday, topping a field veteran announcer Ron Anderson proclaimed one of the best the event has ever seen.

“He’s a very talented horse. He is smart about the cow, and allows me to use him and motivate him a little bit in the show pen,” said Hansma, who hails from Granum, Alberta. “In cutting, you want to be counter-active to the cow, not too over reactive. He is more let’s wait and see, more patient, but he has the speed and the athletic ability to get the job done.”

The three-year-old stallion — by the iconic High Brow Cat out of Justa Catalpa x Justa Swinging Peppy — was purchased earlier this year by Dennis Nolin of Edmonton. On Saturday, a five-judge panel awarded 222 points to Hansma and Justa Swingin Cat for their effort in the sudden-death final. That total put them on top of a field of 14 entrants. Taking the Champion title brought with it $20,147.82, a Calgary Stampede belt buckle and a commemorative bronze.

Veteran competitor Dustin Gonnet of Cayley, Alberta, was named Reserve Champion and received a cheque for $15,360.22 for his 219-point ride on One More Reycy, owned by Robert Krentz of Steinbach, Manitoba.

Entrants from across Western Canada and the United States came to the National Cutting Horse Association-sanctioned event held at the Nutrien Western Event Centre on the Calgary Stampede grounds. From Wednesday, October 10 through Sunday, October 14, 211 horse-and-rider teams competed to be named Champion in nine classes.

In the sport of cutting, each horse and rider are faced with a herd of cattle. The team separates, or “cuts,” a cow from the herd. The rider then drops the reins and allows the horse to use its instincts, training, strength and agility to mirror the movements of the cow and keep it from returning to the herd. Once the cow no longer tries to rejoin the herd, it is quit, and the rider and their mount can then cut another animal. This can be repeated two more times in the allotted two and a half minutes.

Another well-known name took the top spot in Sunday’s Non-Pro Futurity. Emma Reinhardt, who works horses for her father, Doug, posted a 219 on This Cat Dreamin, a three-year-old bred and raised on the family farm outside of Irricana, Alberta. The mare performed well to earn the two a $6,559.94 payday.

“Today felt good. When I was loping her around yesterday, she didn’t feel very good. I was a little nervous and she didn’t do as well,” Reinhardt said. “Today, we were both in the game, though. Our first cow was really good and our second cow was good. I have a bad tendency to panic on my third cow, so I was just trying to slow it down and it all worked out.”

Shari Gallagher of Coldstream, B.C. and Carl Gerwien of Nanton, Alberta tied for Reserve Champion, each taking home $4,603 for their individual scores of 211, with Gallagher receiving the hardware that came the win due to a higher aggregate score.

More results from the 2018 Calgary Stampede Cutting Horse Futurity include: 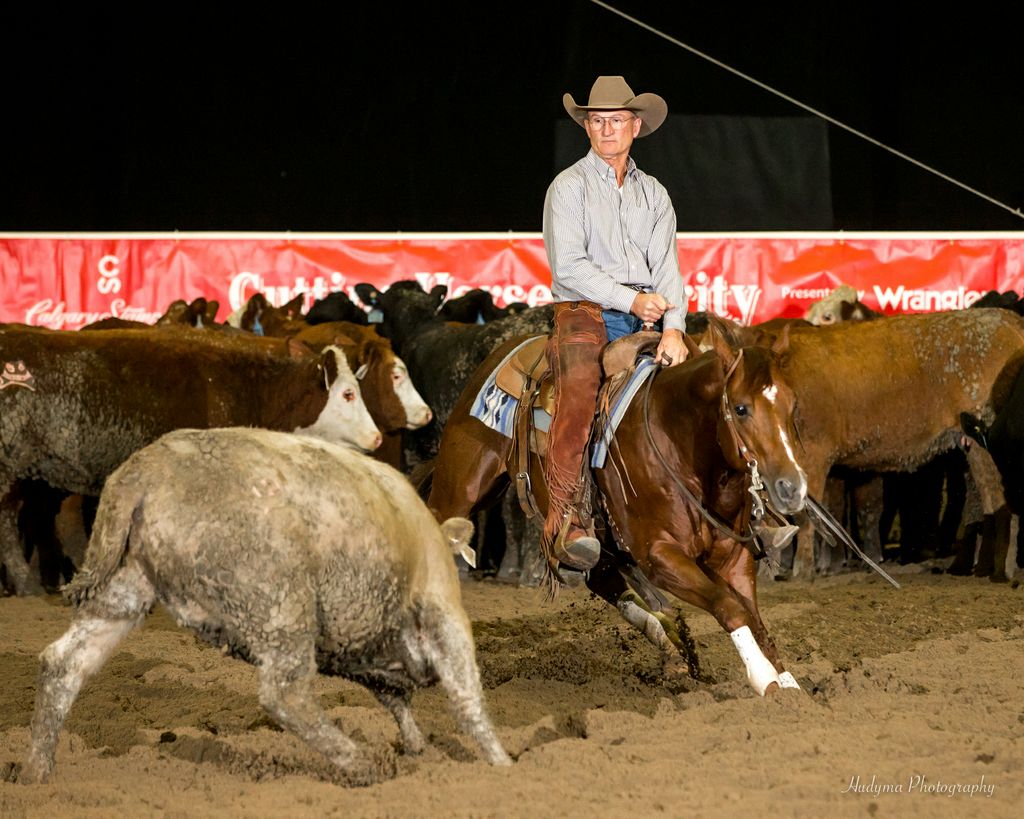 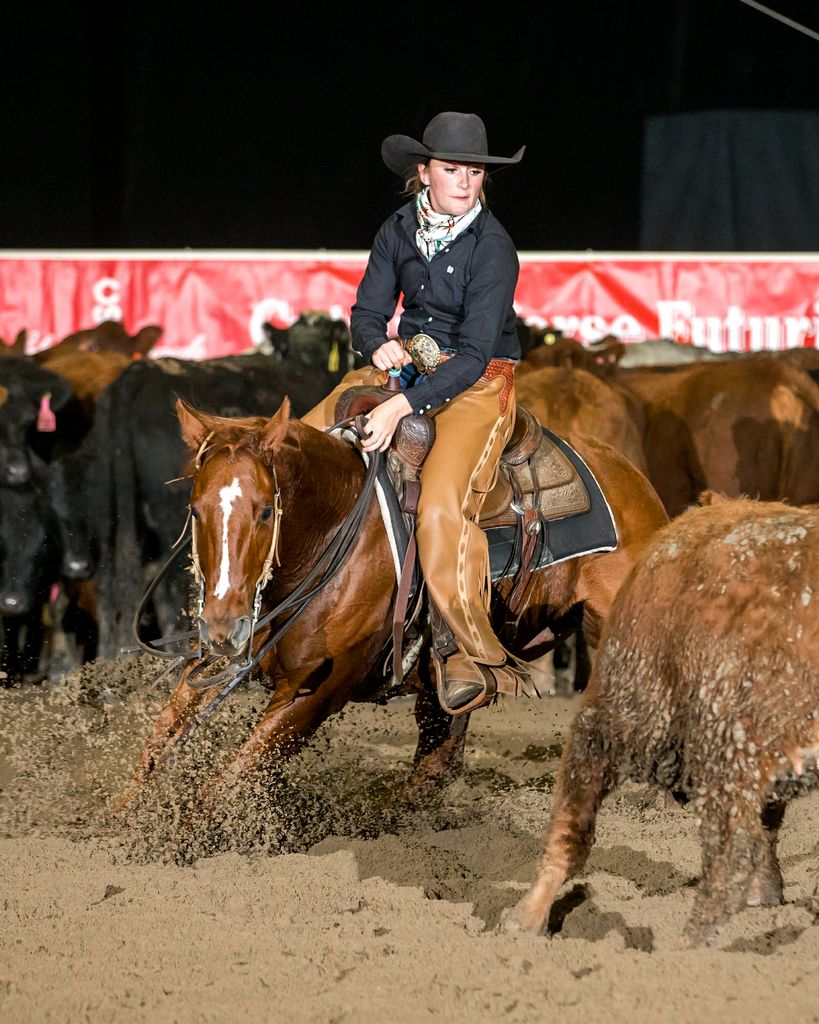