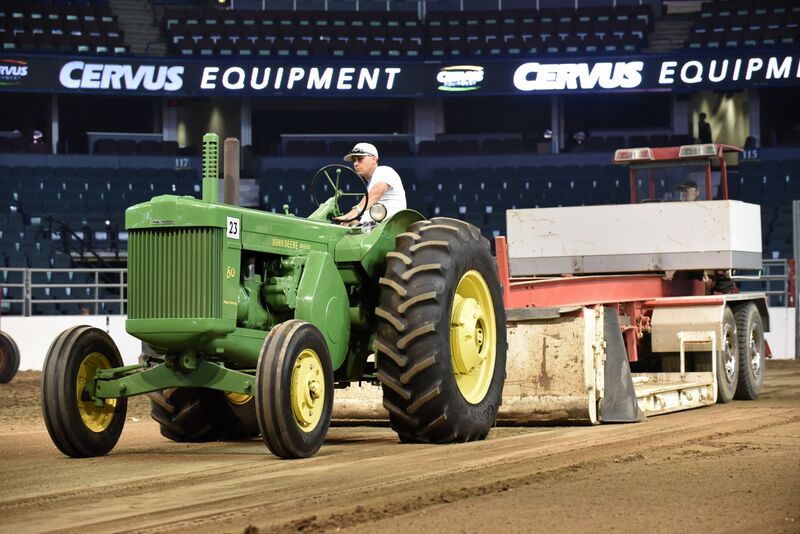 Calgary – A different kind of horsepower was in action Monday night, as 28 pre-1960 tractors took part in the Vintage Tractor Pull presented by Cervus Equipment. Six different weight classes were in contention, with the biggest tractors in Class Five. When the engines finally shut off, the winner in Class Five was Randy Niemans – competing in only his third career pull.

While Niemans is a relative newcomer, his big John Deere 80 has quite a bit of competition history. “This was my Dad’s tractor – his favourite tractor,” Randy says. “I’m just glad I was able to bring this thing here for him. He had his heart set on it. We were hoping he could have made it, but . . .” Bill Niemans, who competed for several years in Vintage Tractor Pulls, died a week prior to the Stampede pull.

Making his run 27th of the 28th tractors on hand gave Niemans a chance to study the field and avoid what he thought might be soft spots in the dirt – a veteran’s move. Randy indicates that he benefited from his father’s experience. “I did listen to him on some things, he says. “I just hope to live up to his legacy.”