No “staycation” for vacationing Canadians this summer

No “staycation” for vacationing Canadians this summer

The 1.4 million visitors to the Calgary Stampede this year may have already been an indication, but according to BMO's 2012 Summer Travel Survey, more Canadians will take a summer vacation this year compared to 2011 and the majority will spend their vacation dollars in Canada. 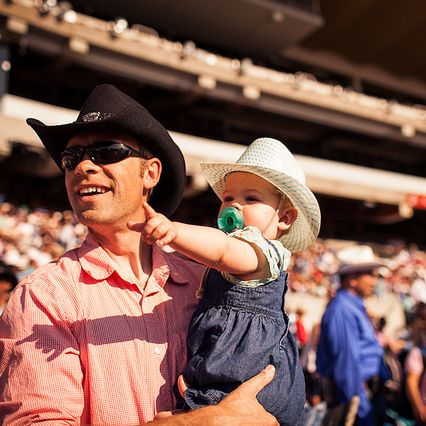 From these results, it’s probably fair to say that Canadians still have their travelling shoes on despite global economic concerns. The strong Canadian dollar is a key factor driving out-of-country travel.

Given the importance of affordability, one way to stretch a summer vacation budget is to make use of loyalty rewards. Reward programs provide a practical and convenient way for more Canadians to take advantage of a broad array of redemption options, and upgrade their vacation experience without breaking the budget.

BMO is offering 1,000 Bonus AIR MILES reward miles to all new BMO Calgary Stampede Gold AIR MILES MasterCard cardholders from June 1 to August 31, 2012. This is enough for a round trip flight between Vancouver and Kelowna, Halifax and St. Johns, Toronto and Ottawa, and many other destinations across Canada and between Canada and the U.S. Find more details at www.bmo.com/calgarystampede.