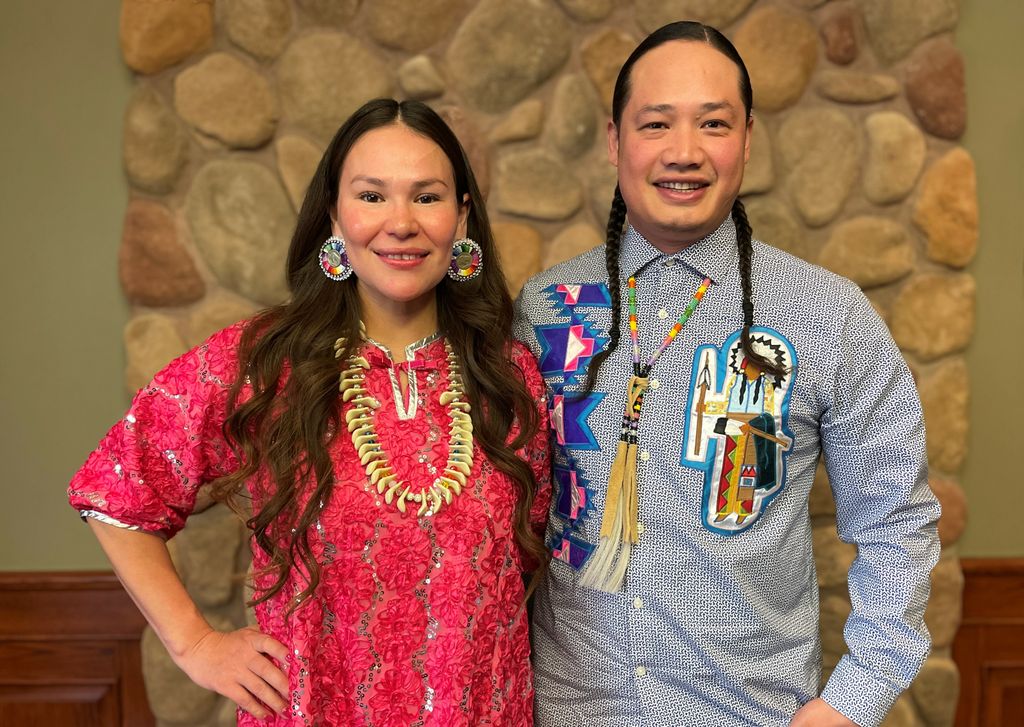 Calgary – Get ready for a new celebration of culture and a gathering of community at Stampede 2022, which will include one of Canada’s largest competitive powwows on July 12-14. The Calgary Stampede Powwow is a one-of-a-kind event produced in collaboration with Powwow Times and will feature competitive dancing, drumming, singing and showcase other Indigenous performances.

Patrick and Marrisa Mitsuing are the duo behind Powwow Times, who have been producing events throughout the province for over 15 years.

“It has always been a dream for Marrisa and I to reach such a large audience. Through traumas and residential schools, a lot of our people’s connection with their culture has been lost or broken, but through events like the Stampede Powwow, we are able to share the tradition of powwow, and help reconnect Indigenous peoples to their own culture, while introducing and sharing it with non-Indigenous peoples as well,” says Patrick Mitsuing, Producer, Powwow Times. “When we were looking at the history of the Calgary Stampede, we recognized that the Stampede has always made space to honour Indigenous peoples, and it’s been an incredible opportunity to work with the organization and bring this historic event to The Greatest Outdoor Show on Earth and share the spirit of powwow with so many people,” Mitsuing adds.

Both Marrisa and Patrick are champion dancers themselves – Patrick has been competing at powwows since the age of 13, and although she started later, Marrisa has been reconnecting and learning about her culture through powwow and dance.

The Calgary Stampede Powwow will take place in the Saddledome for three days only, and will showcase Indigenous talent from Canada and the United States in a vibrant experience with competitors vying for $175,000 in prize money.

“We are thrilled to be working with Powwow Times on this program. The Stampede Powwow joins other world-class competitions held annually at the Stampede and offers guests another opportunity to experience Indigenous programming,” says Shannon Murray, Manager, Indigenous Engagement. “The Calgary Stampede features some of the best competitors in western events, including Rodeo and Chuckwagon racing, so it only makes sense that we are now bringing the best competitors in powwow to this years’ Calgary Stampede.”

Audiences will feel the beat as the top-notch competitors compete in a variety of Indigenous dance styles, including Men’s Chicken, Men and Women’s Fancy, Men’s Grass, Women’s Jingle, and Men’s and Women’s Traditional and the Cowboy Special. The event will also showcase high-calibre drummers and singers, who will provide the soundtrack to the dance competition.

“We hope this powwow will open people’s eyes to the richness and diversity of Indigenous culture and the Indigenous tourism experiences that are available all over the province. Indigenous tourism is a fantastic way for people to connect and learn from Indigenous people themselves, and have fun while doing so,” says Shae Bird, CEO of Indigenous Tourism Alberta. “We’re proud to be part of this inaugural event and encourage all Stampede visitors to enjoy the music, dance and culture of the powwow, and use the opportunity to find more ways to connect to Alberta’s amazing Indigenous cultures.”

***For a downloadable/shareable sizzle reel, please click the link to view this news release online.***