Passing of the creative torch at the Grandstand Show

Passing of the creative torch at the Grandstand Show 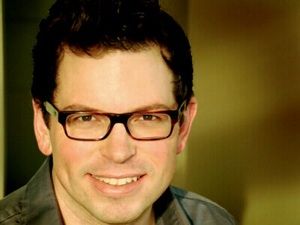 “We’re excited to have Dave bring his artistic vision to the Stampede in a big way as the creative producer of the 2014 show and beyond,” says Paul Rosenberg, vice-president of Programming.  “As a native Calgarian Dave brings incredible passion and understanding of the Stampede, but he also brings a global perspective of entertainment that will ensure the Grandstand Show remains on the world stage.

Pierce has been involved with some of the largest and most complicated musical productions in North America and overseas and the Stampede is thrilled he’s able to bring his passion and experience to the Grandstand show.

“I look forward to the opportunity to build on the legacy that is the Calgary Stampede Grandstand Show”, says Pierce.  “The Stampede has always played an instrumental role in my career, and I am thrilled to have the opportunity to give back to Calgary audiences through this iconic production that helped launch my international career.”

“I’m thrilled that Dave, who’s been my colleague for many years, is becoming the producer,” says Avery.   He’s got a musical background and an appetite for theatrical presentation and production that I’ve always admired about him. The Stampede is in good stead with Dave.”

In 1990 Pierce was a fresh-faced music grad when Avery gave Pierce his first music job. Since that time, Pierce has built a global reputation as a musical composer, producer, arranger and orchestrator, all the while continuing his relationship with the Stampede as the musical director of the Grandstand Show and a close collaborative relationship with Avery. With the 2013 show as his last, Avery plans to go out with a bang and this year’s lineup is tremendous – including new participation from the Calgary Arts community.

“During his 26 years with us, Bill Avery has brought an energetic mix of homegrown and global entertainment to more than 4 million guests,” says Rosenberg.  We join Calgarians and visitors alike in thanking him for his tireless work to elevate the Grandstand show to a new level.”

Pierce says he intends to start planning for the 2014 show straight away. He’ll no doubt draw on his exciting and numerous experiences. He was the Music Director for the Opening, Closing, and Victory ceremonies of the 2010 Winter Olympics in Vancouver, for which he received an Emmy Award for Outstanding Music Direction. In 2011, Pierce was Composer and Music Director of the 12th Arab Games Opening Ceremony in Doha, Qatar. He has worked with a variety of performers, including Michael Bublé, Carrie Underwood, Paul Brandt, Ian Tyson, Jann Arden, Bryan Adams, Sarah McLachlan, Nelly Furtado, k.d. lang and Robbie Williams

Tickets for the Calgary Stampede Evening Show begin at $54 and can be purchased online now at Calgarystampede.com/tickets - tickets sold out in June for the 2012 Grandstand Show and are selling quickly this year.  Evening Show tickets include a seat to the thundering GMC Rangeland Derby Chuckwagon Races, the TransAlta Grandstand Show and an amazing vantage point for the nightly fireworks.

The TransAlta Grandstand Show runs each evening of the Calgary Stampede from July 5-14, 2013. For more information, please visit calgarystampede.com.