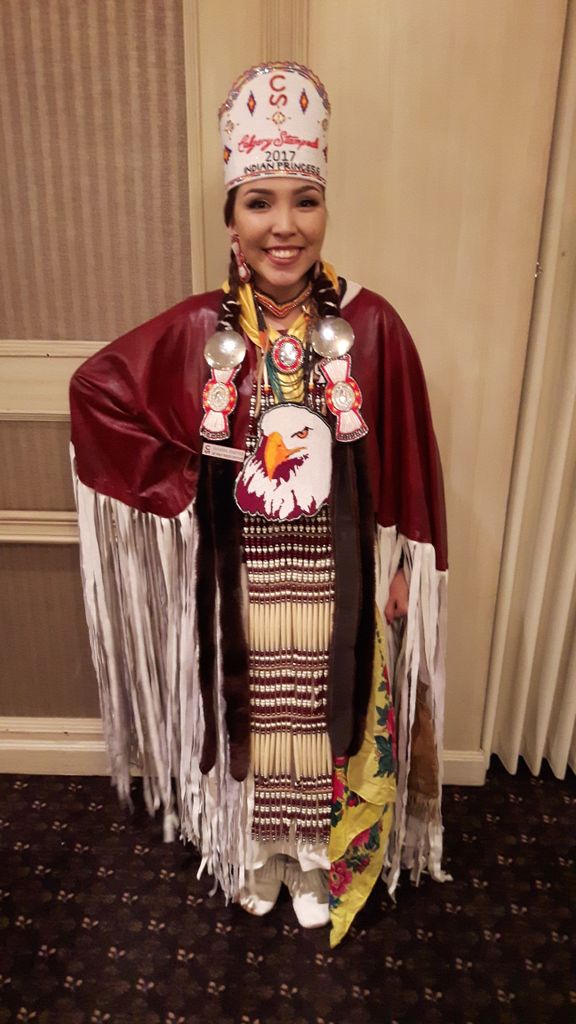 Calgary – This afternoon, the Calgary Stampede crowned the 2017 Indian Princess in a beautiful ceremony that celebrated the traditions of the Treaty 7 First Nations. Savanna Sparvier received the crown and title following the final speech and traditional dance competitions.

Sparvier is 19 years old and from the Siksika First Nation. Her Blackfoot name is All Around Snake Woman which was is 3rd generation name passed down to her from her Grandmother, who she is named after.

Sparvier is a ladies Traditional dancer and is working towards her goal of becoming a teacher in the English and Drama departments. Her parents are Sandra Sparvier and Mario Girolami who are both from Siksika First Nation. Sparvier is a direct descendant of the last traditional Chief of Siksika (Duck Chief).

Each year a young woman from one of the five tribes of Treaty 7 (Tsuut'ina, Piikani, Stoney, Kainai and Siksika Nations) is chosen to stand as the official representative of Indian Village presented by Penn West Exploration and the Calgary Stampede.

As an official Calgary Stampede ambassador, the Indian Princess will make numerous appearances and will educate those she meets about the rich and colorful First Nations culture.  She embraces the legacy of the iconic Indian Princess title and will go forth with honor and pride as she represents the five tribes of Treaty 7, the Indian Village and the Calgary Stampede.