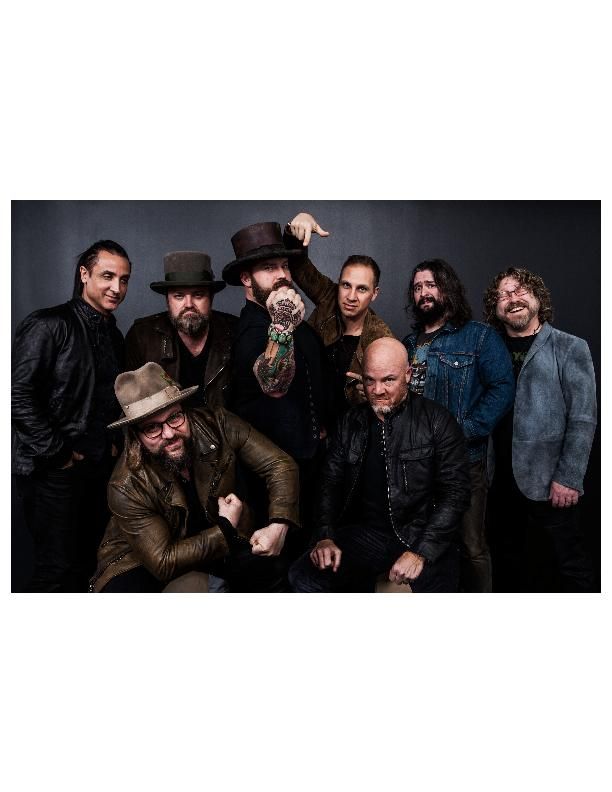 Calgary (Alberta) - The Calgary Stampede and Stampede Entertainment Inc. are excited to announce that the multiplatinum GRAMMY Award-winning Zac Brown Band will hit the Calgary Stampede in 2019 as a part of the Virgin Mobile Stampede Concert Series. The Zac brown Band’s only performance in Alberta will be on Friday, July 12, 2019 at the Scotiabank Saddledome.

“This announcement is an Alberta exclusive,” says Adam Oppenheim, President, Stampede Entertainment Inc. “Zac Brown Band is the gold standard in live performance and never leaves an audience wanting.  Zac Brown Band’s music is a part of the Stampede-time soundtrack and is a concert not to be missed.”

Zac Brown Band has headlined 8 North American Tours and currently holds the record for most consecutive sold-out shows at the iconic Fenway Park. Since their debut, Zac Brown Band has developed a reputation with critics and fans alike as one of the most dynamic live performers, marked by strong musicianship that defies genre boundaries.

Calgary Stampede Insiders have an opportunity to pre-purchase tickets from Tuesday, November 20 at 10 a.m. (MDT) until Thursday, November 22 at 10 p.m. (MDT).

At Virgin Mobile, you’re not a customer, you’re a Member and “Members Get” exclusive deals from awesome brands, a shot at VIP access and one-of-a-kind experiences to events in Canada and around the world. That's on top of super-hot smartphones on a super-fast network with plans that have loads of extras built right in! And now eligible Members in Ontario and Quebec can say Hi to Home Internet with ultra-affordable pricing. Virgin Mobile Members and Canadians can do some good in their local communities by helping at-risk and homeless youth in Canada gain skills to get jobs with Virgin Mobile RE*Generation.