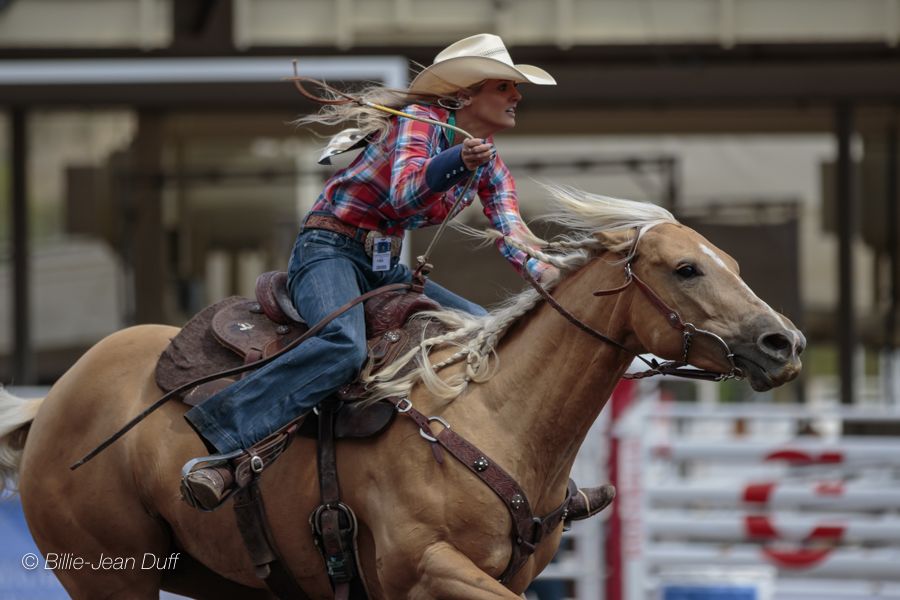 CALGARY — A whole new rodeo got started as the Calgary Stampede hit the halfway mark. Pool B contestants are in for their shot at earning a Showdown Sunday appearance.

“I’ve won the short round, and they don’t give a bronze for that. I’ve never won a bronze. I’ve always wanted one of those things. I bet I’ve won second ten times in rounds by a half point here or there,” said the Nebraska cowboy.

Dent was equally happy about starting his Pool B experience off on the right foot, with the $5500 payout.

“I think it’s always way easier to have a good Calgary if you win money the first day. It seems like if you don’t, then you’ve kind of got to press there at the end. Now you can just relax, pick horses up and ride like you want to.”

“I’d never won a bronze and I’ve never won the hundred thousand either so that’s my two goals for the week.”

There were a few showers watering down the infield at the start of Tuesday’s rodeo, but that didn’t dampen the speed machines in the tie-down roping. In fact, there was a new fast time set in the event, by a man no stranger to Stampede day bronzes. Matt Shiozawa sizzled through his run in 6.6 seconds, just a tenth slower than his Stampede winning Showdown run in 2010.

“I got a good start and these calves are especially good. It seems like most of the time when I make a run that seems fast, it’s almost like it’s really smooth, but it did not feel fast at all,” described the Idaho cowboy, who’s $5500 richer.

It’s the third Stampede for Callahan Crossley, and already it’s her best ever. This year she decided to run her sister’s horse, an eight-year-old mare they call Laurie Darlin’, and it was a good call. They sped around the pattern in 17.22 seconds for fast time of the day, and the $5500.

“She’s just fast. All I try to do is hang on. She’s really quick. I just want to stay on and get around the barrels on her. I know she’ll be fast enough.”

It’s a first Calgary Stampede bronze for Crossley, so she’s excited about her Stampede prospects.

“This is the most money I’ve won here already.”

They gave away a pair of bronzes in the saddle bronc riding, for two outstanding rides. Jacobs Crawley got some serious hang time during his eight seconds aboard Kesler’s Believe Me, in an 86.5 point effort.

“It’s nice to come in here and get a good cheque on the first day. That’s always fun because the ‘first cheque monkey’ is off your back and there’s a lot of opportunity around this joint, so it’s fun to come out here and relax and enjoy Calgary.”

The 86.5 mark was matched by Rusty Wright, on Navajo Sun. The two bronc riders earned $5000 apiece to sit on top of the Pool B standings.

Derek Kolbaba made it through Tippin’ Point to emerge with the highest bull ride of the day. The 86.5 points earned him $5500.

“It’s dang sure a good way to start it off. Anytime you get the opportunity to come up here north of the border and ride at, I think, one of the biggest rodeos in the world, it’s an awesome feeling. To come out the way we did on Day One is perfect,” said the Washington cowboy.