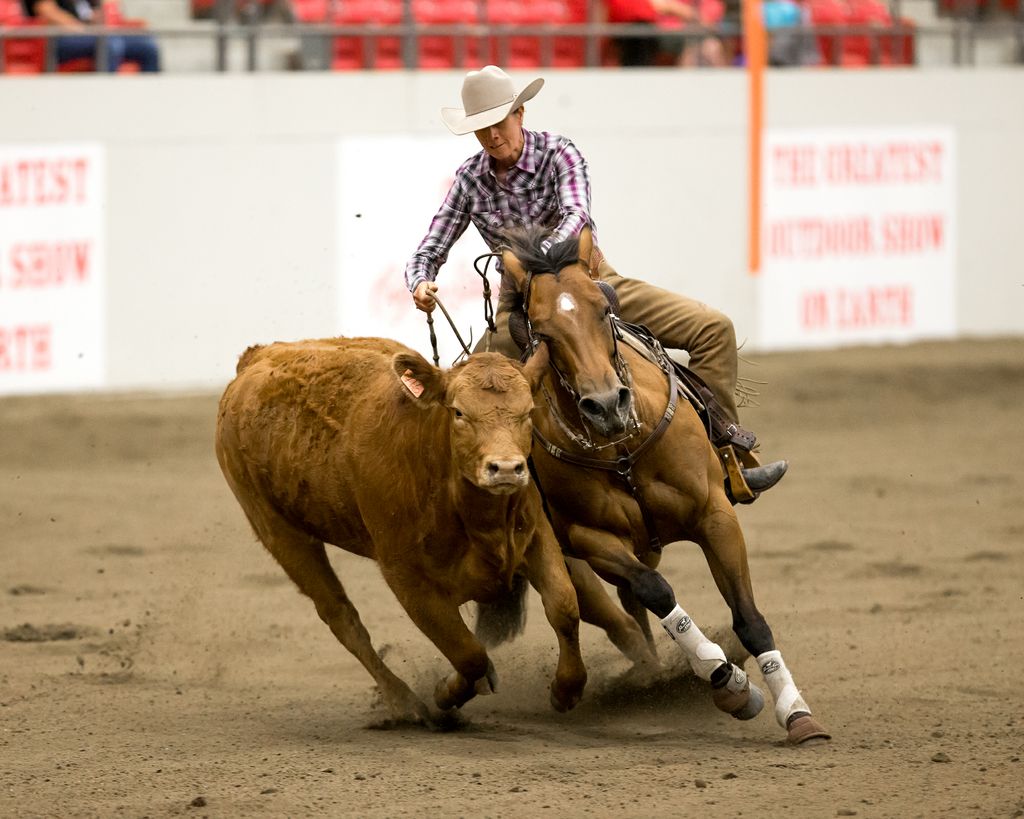 This year, Schaal wanted to try another horse in the Non-Pro class, so she entered Genuine Brown Girl in the Open class. Most of the riders who contest the Open division are professional horse trainers, but it is an Open class, after all. When the first go in Open Bridle on Thursday was done, a dozen entries had been narrowed down to five finalists. Schaal was one and ace trainer John Swales had no fewer than three different horses qualified.

“There are some good riders here, but she’s a good horse, so I thought she’d fit in,” Schaal said. “I was just hoping to make the finals. That was kind of my goal. Whatever happened after that, I was happy with. Any horse in the final has a shot at it and you never know in Cow Horse – it totally depends on what you draw for a cow. You’re never safe.”

Sure enough, several competitors drew cows that either didn’t perform well, or were too rambunctious for the horses to display their talent.

The Stampede’s Working Cow Horse Classic continues a tradition of skilled horsemanship dating back to the earliest days of working stock from horseback.  Horse-and-rider teams are judged on their authority, discipline and precision in two distinct areas – reined work, or dry work, and cow work, also known as fence work. Reined work, labeled “Western dressage” by some, is based on a predetermined pattern of manoeuvres, including figure-eights, straight runs, sliding stops and 360-degree spins. Cow work, the exciting, action-packed portion of the show, sees the horse-and-rider team first box a steer, then send it at full tilt along the fence, heading it off and turning it both ways, before finally circling it once in each direction in the centre of the arena.

“It’s kind of a kick to beat the trainer,” Schaal said of Swales. “Big thanks to him because he’s got us to where we are today.” Swales, for his part, didn’t seem to mind losing to a Non-Pro. “It’s kind of cool,” he admitted with a smile. In addition to his Reserve title in Open Bridle, Swales scored a big win in Open Hackamore, earning over ten points more than Reserve Champion Chance Harman of Okotoks. 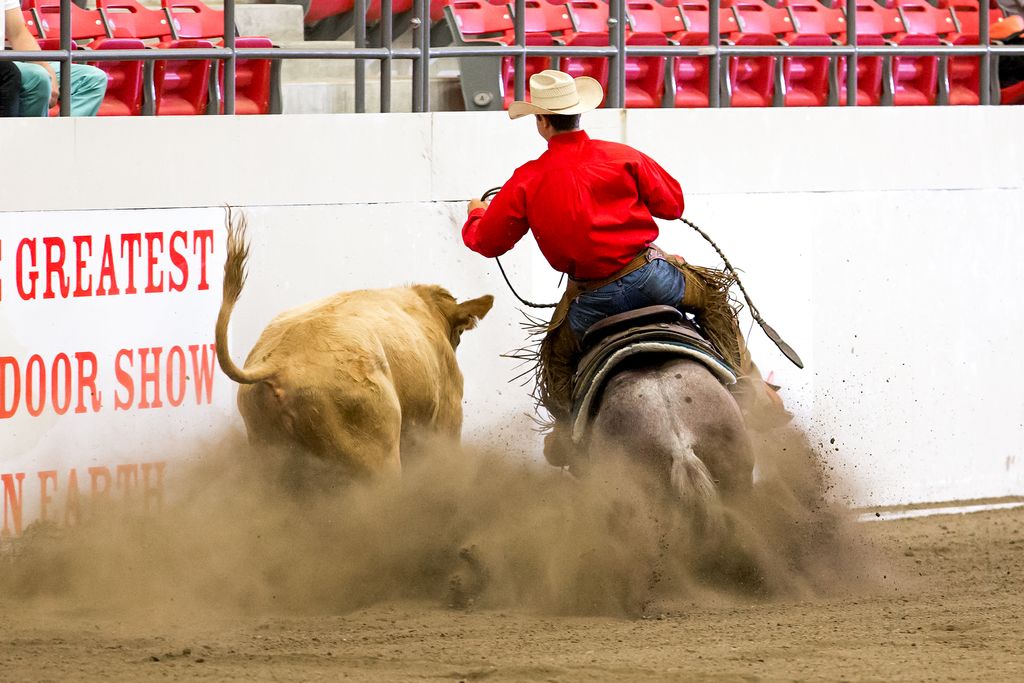 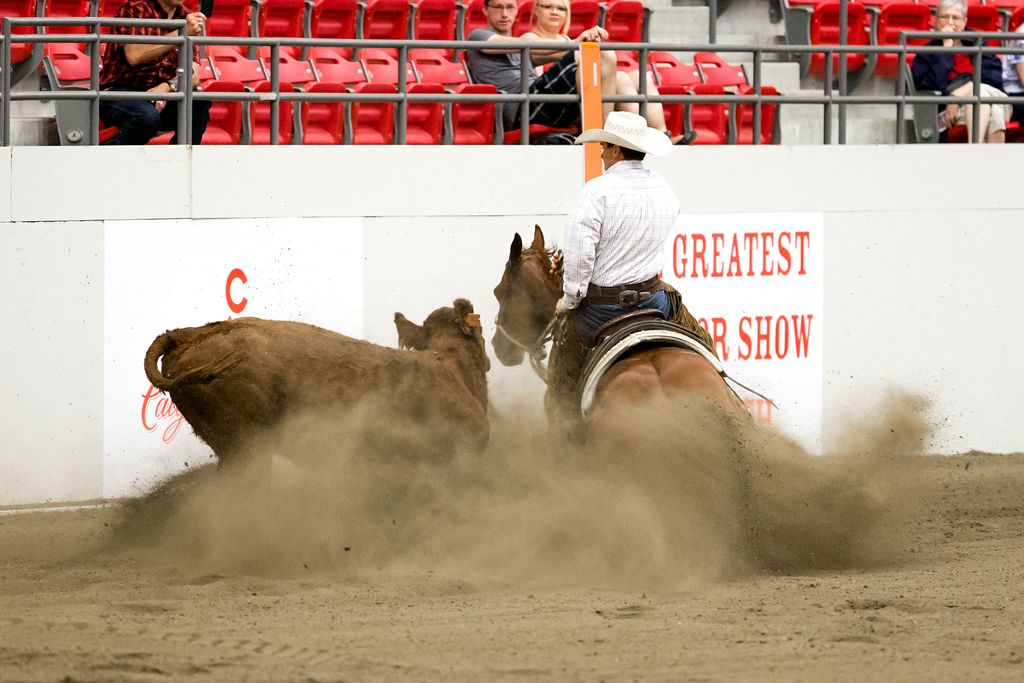