Stampede community celebrations to visit Four Corners of the city

Stampede community celebrations to visit Four Corners of the city

Calgary – Get a taste of the Calgary Stampede in your own backyard with Four Corners presented by BURNCO. In celebration of the Stampede Centennial, four mini festivals will be held in each of the city’s quadrants over four Saturdays in May and June. Dust off your hats and shine up your boots and get an early taste of what’s in store for the 2012 Calgary Stampede, which runs July 6 to 15. 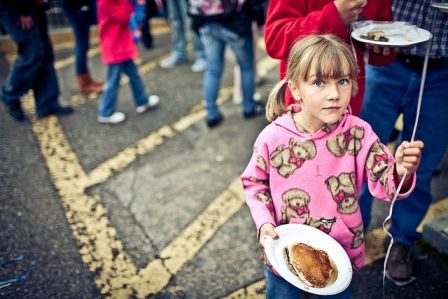 “The Calgary Stampede is about being great together,” says Mike Casey, president and chairman of the board, Calgary Stampede. “Bringing a portion of the Stampede to the four corners of the city will get people excited and ready for this year’s centennial celebrations. It will further unite Calgarians under the banner, We’re Greatest Together!

Starting each event off in the Stampede tradition, a Caravan breakfast – complete with pancakes and sausage – will be served promptly at 9 a.m. Activities throughout the day include an old-time community fair and interactive games for kids. There will also be over 40 activities and demonstrations involving community organizations, City of Calgary, BURNCO and several Stampede committees such as Indian Events, Agriculture and Royalty. In collaboration with each community, the Calgary Stampede will share its western heritage, while reflecting the community’s unique and diverse cultures. Each Four Corners festival will have a distinct character that will highlight neighbouring community’s diversity.

“We have long been a part of Western Canada’s history, and as a company also celebrating a Centennial, BURNCO is excited to support these community minded festivals,” says Scott M. Burns, CEO and Chairman, BURNCO.

“BURNCO’s support has been critical to the development and success of this inclusive celebration for the communities of Calgary,” says Justin Heskes, chair of the Four Corners planning committee, Calgary Stampede. “There is a rich collection of cultures in the city to be recognized and celebrated. The Stampede has been a proud partner in strengthening the community of Calgary for 100 years and Four Corners is an opportunity to bring everyone together to celebrate this special milestone.”

Four Corners presented by BURNCO was developed to help engage community residents with the Calgary Stampede and expose all Calgarians to the western heritage and values that the Stampede embodies. Four Corners is being organized by a number of volunteer-led Stampede committees, including Caravan, Indian Events, Royalty, Historical and others. All of these committees will be present at each of the Four Corners events, facilitating activities and demonstrations. Each event is expected to draw more than 2,500 people.

The Four Corners presented by BURNCO events will run from 9 a.m. until noon on the following dates:

May 5  at Genesis Wellness Centre

May 26 at Cardel Place