Imagine if you would — moving to a country where everything is alien. You have to learn a new language and adjust to an unfamiliar culture. Just when you think you are starting to understand your new home, a 10-day festival grips the city and everything changes again. The clothes, the words and the food. 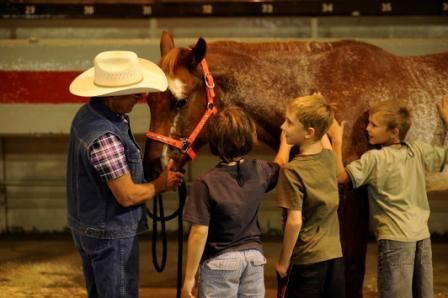 This Centennial year, they are organizing the second Stampede School Experience for New Canadians in an effort to demystify the Calgary Stampede and encourage these new members of the community to be a part of the celebration.

From June 20 to June 21, a total of 360, Bow Valley ESL (English as a second language) students will come to Stampede School and be immersed in western activities and culture. More specifically, new Canadians will get to interact with a professional horse trainer and their equine partners and explore the rich culture of the First Nations of Treaty 7.

“It can be very helpful for recent immigrants to learn about First Nation culture and traditions and the importance of the horse in western Canada,” explains Benoit. “It seems to build a bridge that enables these new Canadians to understand their newfound home.”

Stampede School was spearheaded by the Calgary Board of Education in 2002 as part of Campus Calgary, an initiative to provide students with the chance to learn within the community. Stampede School welcomes students from grades three to 12, between the months of September and May.

Kindergarten to grade four students of Scenic Acres School captured their Stampede School experience in their spring concert, with original songs like: The Ghost of Guy Weadick, Riding to the Calgary Stampede, To Be a Cowboy, Chuckwagon and Blackfoot Pride. The CD’s are $10 and are sold at the school. 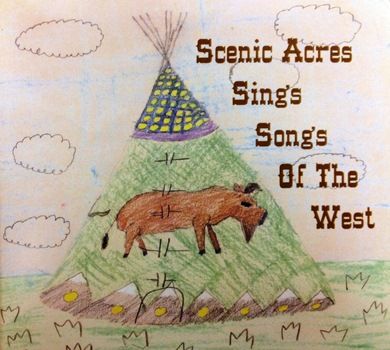