Steven Peebles wins big on first ride since breaking his back 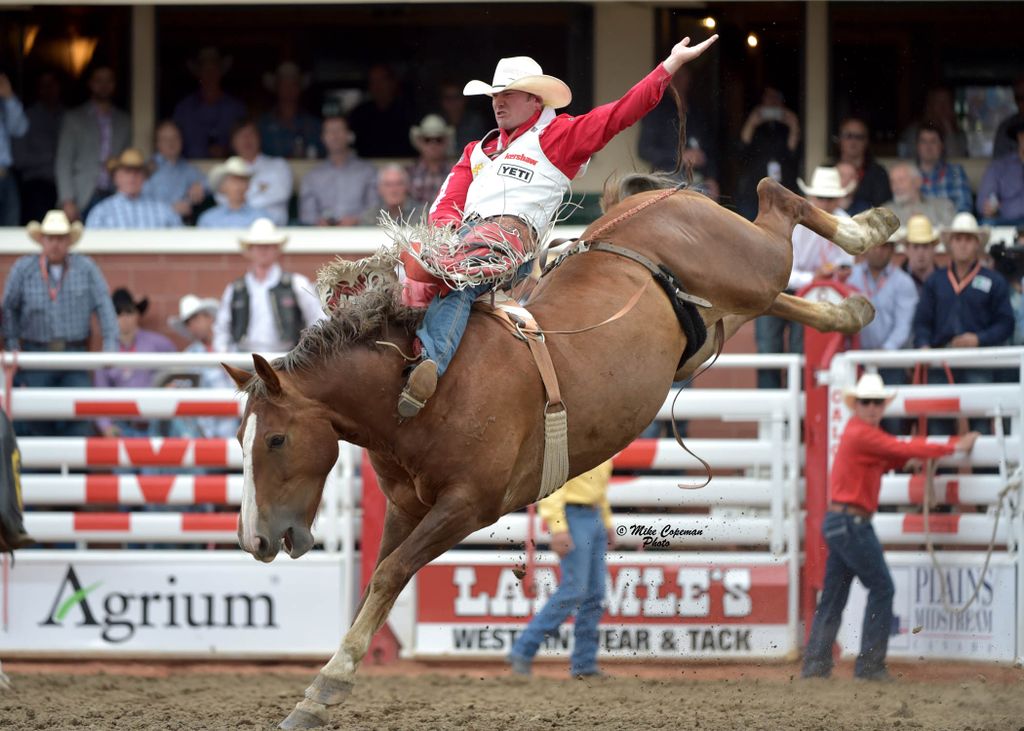 Steven Peebles wins big on first ride since breaking his back

Calgary - An amazing comeback story and past champions dominated Tuesday’s rodeo action at the Calgary Stampede.

“I made a goal that I was going to be there, and told them to enter me up,” said Peebles. “They called me a few times to ask if I was on track. I said ‘don’t worry about it. Don’t take me off the list. I’ll be there!’”

“First one back, and the shoulder feels strong and so does the back. I figured what better rodeo to crack out at than the Calgary Stampede?” he grinned.

“It feels awesome,” declared the 27-year-old. “Words don’t even explain how happy I am right now.”

“I’ve battled a lot of injuries, and couldn’t ride here last year. I was hurt and in the hospital for a few weeks. It was hard. It was the first year of my career I had to watch (the Stampede) from a hospital bed. To be back this year, and coming off another injury, and to be on top and be winning my first ride back, it feels pretty cool.”

When Zeke Thurston left Stampede Park last July, it was with a $100,000 cheque in hand. The 21-year-old saddle bronc rider picked up his winning ways right where he left off when he rode Spring Planting to an 84.5 point victory Tuesday afternoon, for the $5500 event lead.

“I had that horse in the Final Four here last year, and was 90.5 on her,” recalled the Big Valley cowboy. “You can’t ask for a better horse. She just turns out of there and bucks, and does the job and is honest about it. That’s what you want as a bronc rider. Luckily, I stayed on.”

Another defending Stampede champion raced to victory as Pool B got underway Tuesday when Lisa Lockhart and Louie rounded the barrel pattern in 17.61 seconds, to also keep up their Calgary winning ways.

“My heart was racing, and it’s just the atmosphere around here, and you just know that the stakes are so high. Knowing you’ve done well here before, you have some big expectations, and you just go out there and do what you can do every day.”

The $5500 win puts Lockhart on top after the first day of Pool B competition.

Another cowboy who’s no stranger to the Stampede awards stage made yet another trip there Tuesday. Texan tie-down roper Fred Whitfield matched the fastest time at this Stampede when he wrapped up a calf in just 6.9 seconds, to collect his $5500, and ink his name at the top of the Pool B list.

“It’s probably the toughest group of guys I’ve been in up here,” noted the seven-time World Champion. “To get the first go-round win, it takes a little bit of pressure off of you, but I mean, I’m not into Sunday yet by any means. I’ve still got some roping to do. I’m just $5500 ahead of some of the guys.”

Two-time Stampede Champion bull rider J.B. Mauney of North Carolina made his eight seconds on Heavens Basement worth 88 points, capturing the $5500 win, the event lead, and the trophy bronze.

Dakota Eldridge also made the walk on stage to collect his hardware, for a 4.1 second run in the steer wrestling, putting the Nevada bulldogger on top for Pool B with $5500.