The 2014 Stampede Queen and Princesses are crowned

The 2014 Stampede Queen and Princesses are crowned 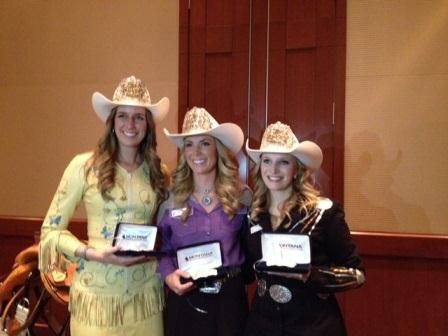 Danica is 22 and calls Calgary home. She has a Geology degree and is currently looking to start her Geology career. Danica enjoys playing field hockey and soccer, riding, hiking and snowboarding

Shannon is 24 years old from Calgary. She enjoys showing her horses, running, biking, camping and hiking. Shannon has a Communications degree and currently works at the United Way.

Stephanie is 24 years old from Calgary. Stephanie is a land administrator and a riding teacher. In her spare time, Stephanie likes to read, curl, and horseback ride.

Follow the Stampede Queen and Princesses though their year at www.calgarystampede.com.